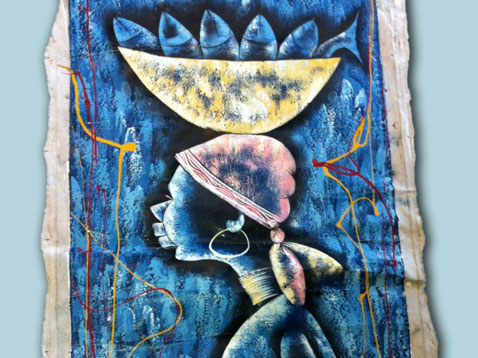 Have a fresh, gourmet biscotti. Gilda Doganiero, a former pastry chef at the Philadelphia Four Seasons Hotel, stops by Harvard Square on Saturday to offer samples of the biscotti to which she’s devoted nearly the past two decades of her life. “I’ll be loaded with Gilda’s Biscotti samples and the newly released Biscotti Bark for the taking,” Doganiero said.

She and her light, crisp biscotti treats will be around from noon to 3 p.m. Saturday at Cardullo’s, 6 Brattle St., Harvard Square. 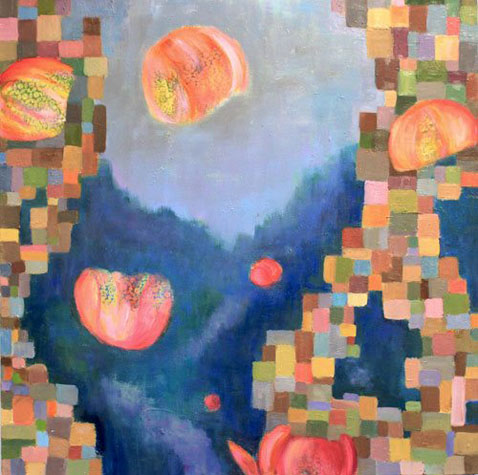 Meet the artist. Meet the artist behind the Touch Gallerysolo exhibition “Brueghel’s Dream,”Arlington’s Nedret Andre, at a 5 to 9 p.m. reception Saturday. Andre’s work has been exhibited in Massachusetts and internationally for more than 10 years at sites as diverse as Mount Auburn Hospital and the Ataturk Cultural Center in Turkey. Now her oil paintings exploring the dream world of Brueghel, the 16th century Flemish painter – weaving together influences including classic New England images, Turkish textile patterns, impressionistic brushstrokes and the style of Brueghel – are at the new gallery through March 13. Touch Gallery is at 281 Concord Ave. Call (617) 547-0017. [Via Bob Sprague at YourArlington.com.]

Meet the director. Leos Carax brings his incredible “Holy Motors” to the Harvard Film Archive and sticks around to soak in filmies’ adulation Saturday (and again at a showing of “Bad Blood” on Sunday at 7 p.m.). “Holy Motors” stars Denis Lavant as a businessman who travels to various appointments in a limo, emerging as a different person every time and giving Carax a chance to truly show off his astonishing, stimulating range of styles.

The archive has been showing Carax films since Feb. 15, explaining in a blurb that the director “arouses cult-level enthusiasm in his fans on both sides of the Atlantic, and it’s not hard to see why. His work pulses with visceral excitement – full of plot, emotion, song and dance, and arresting imagery. The films are wondrously attentive to the ways that sound, color, movement, music and affect can draw us into an onscreen world that is both completely recognizable and absolutely foreign.”

The showing of “Holy Motors” is at 7 p.m. Saturday at the Harvard Film Archive, The Carpenter Center for the Visual Arts, 24 Quincy St., Harvard Square. Tickets are $12.

Brunch (with Brownsberger!) for a good cause. The global literacy nonprofit Learning InSync is holding a Bid n’ Brunch fundraiser, including a silent auction of African art, to celebrate its launch. The organization, founded in 2011 by Harvard students, is based in Kendall Square and already at work in Tanzania boosting literacy and finding a model that will work around the world.

On a snowy Sunday, the event promises a day of comfort food, beer and mimosas, live music – from a band including Tom Bianchi, Tim Gearan and James Rohr of The Blue Ribbons – and authentic African crafts such as paintings, wood carvings and jewelry. State Sen. Will Brownsberger is intending to visit at 1 p.m., one of the first public appearances since he vowed to run for the seat of Congressman Ed Markey if Markey moves up to take the seat of former U.S. Sen. John Kerry, now secretary of state.

The event runs from 11 a.m. to 3 p.m. Sunday at The Burren, 247 Elm St., Davis Square, Somerville. There is a $5 suggested donation for entry. Those who can’t attend in person can donate online at learninginsync.org. For information, send e-mail to [email protected].

Hear the silent films of Buster Keaton. Cambridge’s three-person Alloy Orchestra specializes in performing music for silent films, often a “rack of junk” in addition to traditional musical instruments. This time they’re doing three short films by Buster Keaton, including “The Butcher Boy,” Keaton’s first screen appearance; the surreal “Good Night, Nurse!”; and “The Play House.” Tickets for the event are $25 and going fast. The show is at 8 p.m. Sunday at the Somerville Theatre, 55 Davis Square.