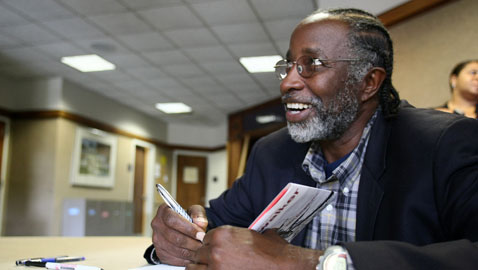 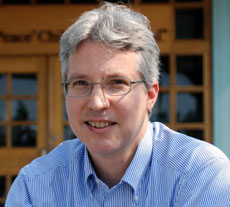 Peter Langman literally wrote the book on school shootings: His 2010 book “Why Kids Kill: Inside the Minds of School Shooters,” has been translated into German, Finnish and Dutch; his research has been cited in congressional testimony; and his recommendations on preventing school shootings have been presented by the head of the American Psychological Association to President Barack Obama, said Amanda McGregor, a publicist for the university.

His free talk, scheduled for 5 p.m. Monday in the University Hall Amphitheater on Lesley’s Porter Campus, 1815 Massachusetts Ave., follows a Feb. 5 talk by gun expert John Rosenthal. Both are part of The Gun Series of talks presented by Lesley President Joseph B. Moore’s Office to “engage the community in a conversation on gun control in the wake of the fatal school shootings in Connecticut and renewed national attention to the epidemic of gun violence.”

Langman, a poet, author and Psychology Today blogger, has been prolific since the Dec. 14 Sandy Hook shootings, but it is a blog post from back in 2010 that could spark conversation among Cambridge residents attending his talk – one in which he discusses why he gets nervous in spring.

“Because I worry about rampage school shootings, which seem to happen more in the spring than any other time of year,” he said, citing April as the anniversary of, among others, shootings at Columbine and Virginia Tech as well as infamous incidents in Waco, Texas, and the Oklahoma City bombing. “In a deep depression people do not have the energy to carry out such a decisive act as suicide. As the depression lifts somewhat, they gain the ability to take action. Perhaps this phenomenon is related to school shooters, most of whom have histories of being suicidal. For some people, mood is related to weather, and the coming of spring may lighten their depressions just enough to act on their suicidal – and homicidal – urges.” 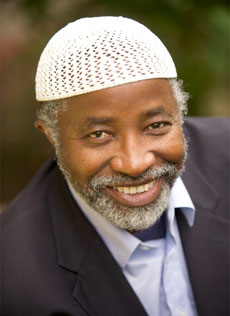 John Francis’ talk on the environment follows Tuesday at the university.

The coming of spring has a different meaning for John Francis, the environmental activist known as the “Planetwalker” for his extreme reaction to a 1971 oil spill in San Francisco Bay: He stopped using motorized vehicles for 22 years and added a 17-year vow of silence. He walked across the United States, sailed and walked through the Caribbean and walked the length of South America. (And he wrote “Planetwalker. 22 Years of Walking. 17 Years of Silence” and, in 2011, “The Ragged Edge of Silence: Finding Peace in a Noisy World.”)

As the Earth’s time of rebirth nears, Francis believes the current environmental crisis is a reflection of worldwide social and economic inequity, and that attempts to resolve the crisis must address not only scientific issues, such as climate change and deforestation – but also humanitarian issues, McGregor said.

“He contends that our connection to the earth, as well as each other, is at the heart of the environmental crisis,” she said in publicity materials for the event.

He appears as part of Lesley’s Conversations series, which aims to brings leading thinkers and activists to campus to inspire discussion on issues influencing American and global policy. Recent speakers in the series have included senior political analyst David Gergen and National Book Award winner and activist Andrew Solomon.