Five things to do this weekend: March 2-3 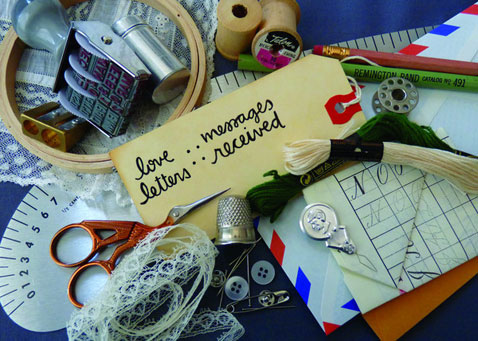 Five things to do this weekend: March 2-3

Go see sketch comedy … in movie form. Like “Monty Python and the Holy Grail” or that famed comedy troupe’s “Life Of Brian,” “How to Win the Internet (and Other Questionable Endeavors)” takes sketch comedy and forms it into an anarchic, slightly surreal and – from the Paracelsus Films trailer, at least – very funny meta-narrative in which four filmmakers find making zombie movies is a bit passé and opt instead to … win the Internet. The team behind the film made the award-winning “Death on Toast,” which won Best Picture and Audience Choice at the Massachusetts Flash Film Festival in 2011. The film stars Paul Ezzy, Dennis Hurley, Lara Jay and Dan Minkle (and other local comedians such as Rob Crean, who reprises his Marty McFly with Hurley as Doc Brown from “Back to the Future”), the film gets a premiere at 2 p.m. Saturday at the Somerville Theatre, 55 Davis Square. Tickets are $20 general admission, or $15 for students with ID and $10 for seniors.

Receive artist Marissa Falco at her “Love Letters :: Messages Received” exhibit. Falco is better known for her comics, but she explores other territory in this exhibit, running through March 30 but opening with an artists reception at 7 p.m. Saturday at the Washington Street Art Center, 321 Washington St., Somerville. The art – hand-tailored clothes and letters sent through the mail  –  has a vintage aesthetic “interwoven with undeniably modern elements of pop music, humor and sexuality,” the gallery says. She’s using “fabric and thread to craft three-dimensional, functional objects that are both highly relatable and intimately personal. Love’s many messages from the world around us are hidden in hand-constructed garments, while a handmade quilt features text from Falco’s extensive cache of analog correspondence. These objects explore communication within relationships of all kinds; and the types of messages directly received versus the messages one chooses to take in from the world at large.”

Relive the Iranian hostage crisis, or at least the Oscars, with “Argo.” This year’s Best Picture winner – directed and starring Cambridge native Ben Affleck, no less – shows for only $4 at the Massachusetts Institute of Technology. If you missed seeing the film before the Oscars or just want to see it again, there’s no better way to take it in before it goes to DVD. Catch it at 7 or 10 p.m. Saturday at the institute’s Building 26-100, also known as the Compton Laboratories, at 60 Vassar St. Information is here. 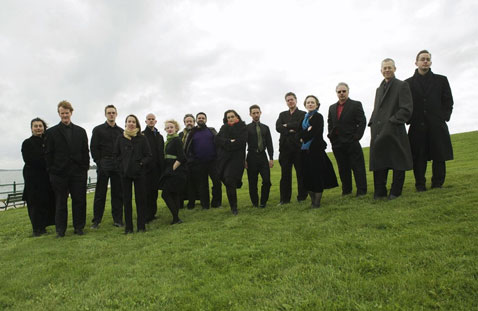 Go classical with the Blue Heron Renaissance Choir. The choir’s “Divine Songs” finds the connections and exchanges between secular song and sacred music, particularly in the music of the Belgian Johannes Ockeghem, who lived from around 1420-97. If you’re not, um, familiar with the works of Ockeghem, prolific as he was, and worry the connections implicit in the performance may elude you, take in the pre-concert talk at 7:15 p.m. Saturday by Boston University’s Sean Gallagher. The performance follows 45 minutes later. It’s all at First Church in Cambridge, Congregational, 11 Garden St., Harvard Square. Tickets range from free (for those under the age of 18) to $10 for students or low-income attendees, $25 for seniors and from $30 to $50 depending on seating. 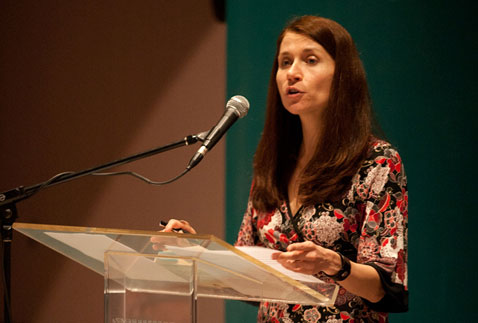 Hear Jennifer Haigh reads from her new book of short stories. Haigh, best-selling author of “Faith,” “The Condition,” “Baker Towers” and “Mrs. Kimble” and winner of PEN/Hemingway and PEN/L.L. Winship awards, reads from the collection “News From Heaven” – which returns to the setting of the run-down coal-mining town of Bakerton, Pa., from “Baker Towers”  – at 3 p.m. Sunday at The Book Shop, 694 Broadway, Somerville.