Cambridge celebs: Who is Spencer Affleck? Why do we hate Dane Cook? (Also, good news for Mindy Kaling) 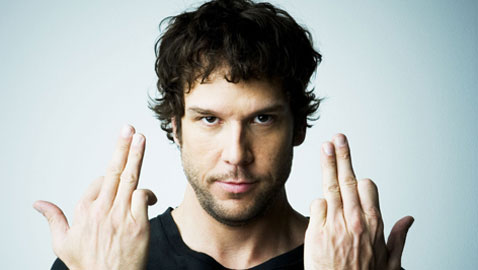 Cambridge celebs: Who is Spencer Affleck? Why do we hate Dane Cook? (Also, good news for Mindy Kaling)

Ben Affleck: Affleck “kicking” a paparazzi was news last week, but there were just as many blogs and news outlets explaining what Affleck was really doing: warning photographers they were getting too close and scaring his 4-year-old daughter, Seraphina. The kick was accompanied by Affleck telling them, “You need to be this far away.”

Terrence Malick’s “To the Wonder” comes out April 12 in the United States, and new posters and clips from the film are trickling out. (The clip above has a bit of dialogue in French at the end.) Entertainment Weekly explains that the new poster “features Affleck and [Olga] Kurylenko embracing in front of Mont Saint-Michel, the small, rocky island that inspired the film’s title: Located off the coast of Normandy, France, Mont Saint-Michel is often called ‘The Wonder of the Western World.’”

Also, the execrable Daily Mail shows us that sometimes, when Affleck gets coffee at Starbucks, he either calls himself Spencer or is mistaken for somebody named Spencer.

Dane Cook: The hater phenomenon targeting Dane Cook, Nickelback, Anne Hathaway and a slew of unfortunate others got a look from Patrick Stump of the band Fall Out Boy in a March 3 blog post. “Somewhere in the world at this moment, some snooty contrarian is probably defending the paintings of Adolph Hitler. Yet for some reason, here I am crippled by a vague and probably unwarranted desire not to appear to be a fan of Nickelback and Dane Cook,” Stump says. “We’re so busy broadcasting our latest cultural disdain that we scantly notice anything we enjoy.”

The whole thing is here.

Matt Damon: A teaser trailer is out for “Behind the Candelabra,” the Liberace biopic Damon stars in with Michael Douglas, and with it an Entertainment Weekly cover story. Coverage of that cover story has been somewhat sniggering, mainly quoting Damon talking about how he and Douglas did their sex scene in one take. Daniel D’Addario at Slate takes the coverage to task for the somewhat sophomoric reaction to gay roles. (This item is coverage of the coverage of the coverage of the film.) He also suggests Hollywood has an issue, as seen in its record of extraordinary rewards for straights-playing-gays – and blasts actors such as Will Smith, Denzel Washington, Mark Wahlberg and James Franco for cowardice when it comes to taking on roles as gay men. “Gay actors like Zachary Quinto, Ian McKellen and Neil Patrick Harris are compelled to play heterosexual roles as a matter of course,” D’Addario says.

But he’s off base in criticizing Damon saying “I really wish she didn’t see that. That’s too much” about his wife seeing his revealing costumes in “Behind the Candelabra.” He was talking about the process of being spray-tanned.

Mindy Kaling: Kaling’s sitcom, “The Mindy Project,” has been picked up for a second season – warranting celebratory cupcakes from Lena Dunham and Jenni Konner of the show “Girls,” ology.com reported – suggesting that the show’s nearly constant casting shakeups and guest appearances worked even though ratings still haven’t been impressive. And the casting news goes on: Chloë Sevigny will play Danny’s ex-wife, E! reports, and Anders Holm of “Workaholics” is getting a four-episode arc as a love interest. (So the relationship doesn’t work out?)

In addition to the Holm scoop, Deadline reported from the Paleyfest panel Friday that Kaling is writing a second book:

The untitled book would find her looking at “the high highs and low lows of the past 18 months” and would come out “in like a year and a half.” Her first book, titled “Is Everyone Hanging Out Without Me? (And Other Concerns),” was published in November 2011.

John Malkovich: Malkovich gets a good review from The Hollywood Reporter’s Deborah Young for his work in “Siberian Education” (“Educazione Siberiana”), directed by Gabriele Salvatores. “The film is mainly an engrossing duet between the young hero and his guru-grandfather, played with clipped precision and power-laden ice by John Malkovich,” Young says. The film was released last month in Italy, and although it’s an English-language film, there’s no U.S. date yet.

Passion Pit: Chart Attack has a video interview posted with band leader Michael Angelakos, in which he expands on the first song he wrote, first band he was obsessed with (the Beach Boys) and Passion Pits’ first incredible gig. He gives it to a show in Australia – where Passion Pit has its only gold record – where 30,000 fans freaked out at the band’s every song, as well as to an 80,000-person show at Lollapalooza immediately after his release from the hospital in August.