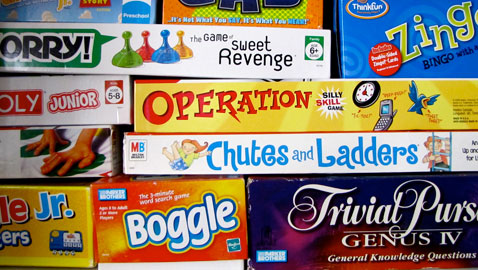 “Willy Wonka and the Chocolate Factory”! Nothing more need be said. See the original, somewhat terrifying barely children’s 1971 film with Gene Wilder as Willie Wonka on the Brattle big screen Saturday or Sunday. This film of the Roald Dahl classic gets all the more interesting when you remember just how weird and dark the film is, as well as realize that significant portions of the film came as surprises to the actors as well as to the audience.

Cracked.com has compiled a list of those surprises, including that the child actors’ introduction to Wilder and his portrayal of Willy Wonka was on set as the cameras were rolling; ditto with their first glimpse of the lavish sets inside Wonka’s factory; and that the scary-as-hell speech Wilder gave on the boat trip was, in fact, as scary as hell to the actors. “The kids knew their lines and that they were going to have smoke and lights flashed at them, but there wasn’t one word in the script about Willy Wonka’s mind-boggling verse where he screams that they’re all going to die,” writes the site’s Ian White. “We swear there’s a point in that scene where everybody kind of stops acting and just stares, like they thought Wilder had just shown up to the set stoned and having forgotten that he was an actor in a movie.”

It was a box office flop, too. But now it’s freakin’ “Willy Wonka and the Chocolate Factory.”

Play a board game … for social justice. Sojust.org, a progressive organization that vows to “put the social back in social justice” is hosting a “Games for Justice” day in Central Square, where people are invited to bring a board game and their agenda for some fun, purposeful or otherwise. “Look no further if you’re seeking like-minded folks to game with, want to cross-promote your events and campaigns while you Boggle or are new to the area and looking for groups to join,” organizers say. “If you want to build a strong cross-issue social justice movement, SoJust is for you!” It’s $2 to get in and, because it’s taking place at Andala Cafe, each participant is asked to spend at least $10 on food so the organization isn’t billed for the difference. This is the liberal version of the two-drink minimum at comedy clubs, except in this case it’s probably vegetarian or vegan food instead of booze, and you’re playing Apples to Apples or Scattergories instead of wondering what the deal is with airplane food.

Catch the final showing of “Lysistrata.” Saturday’s matinee of Aristophanes’ “Lysistrata” is the last from [email protected] If you didn’t see it in Greece at its premiere in 411 B.C. or the previous five shows at Unity Somerville, get on it. In the comedy, the women of Athens – led by  Lysistrata – decide to stop having sex until the men call an end to The Peloponnesian War. The message in this volunteer, community production is the same, but it’s set in the present day. In the theater company’s recounting, “Lysistrata’s fight is not an easy one … she must deal with the misogynistic views of her male peers, some cantankerous members of the older generation and even the uncontrollable libido of her fellow protesters.”

The show is at 2 p.m. Saturday at Unity Somerville, 6 William St., just off College Avenue near Davis Square, Somerville. 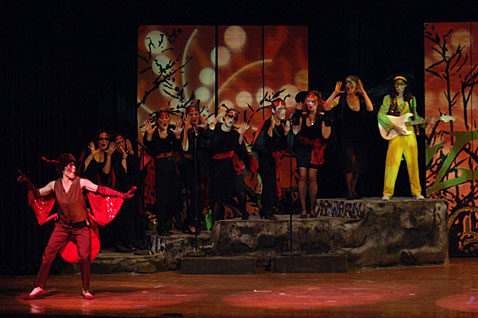 Use your last chance to see “Antiphony” (until the next generation of kids).  The North Cambridge Family Opera’s “Antiphony” is in its second and final weekend with its new generation of young performers and their parents. The show – a clever, all-musical variation on fables of industrious ants and various other distracting insects – was also put on in 2002 and 2006. Rest assured: This is musical theater with kids in some starring roles, and the overall sweetness of the play (music by Graham Preskett, book and lyrics by John Kane, and directed by David Bass and David Cash) could put even the most cynical watcher into sugar shock. But you’ll also be impressed by the group’s production values and level of talent. There are always extremely impressive voices in the cast, even among the youngest performers, and the creative team keep things smart, fun and fast. If your heart isn’t completely curdled, you’ll likely find yourself utterly charmed.

Shows are at 3 and 7 p.m. Saturday and 1 and 5 p.m. Sunday. General admission tickets free, but there is a suggested donation of $5 for children and $10 for adults; tickets are available here. Performances are at The Peabody School, 70 Rindge Ave.

Get your storytelling and author readings in one place (twice). Those who attend story slams and those who go to author readings – if those are, indeed, different types of people – will have to learn to get along at this free event sponsored by the Somerville Arts Council. In this first of two events (with the second one being April 6), Daniel Gewertz, Andrew Goldstein, Thea Hopkins, Katie Liesener, Michael Mack and Stephen McCauley take to the stage at Bloc 11 in Union Square to tell tales or, in the case of Hopkins, sing them.