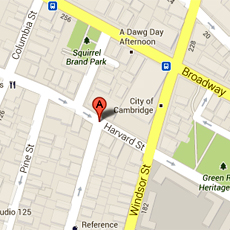 The report of shots fired in the early morning near Harvard and Cherry streets in the Wellington-Harrington neighborhood had a victim, police are suggesting in a Sunday press release.

The shots were reported at about 4:35 a.m., and police found spent shell casings when they searched the area. They also got a report from Boston Police on Sunday that a victim arrived at Boston Medical Center seeking treatment for gunshot injuries.

The injuries were not considered to be life threatening, a police spokesman said.

The previous report of shots fired in Cambridge was May 8 outside the Jefferson Park Apartments in North Cambridge. There was no victim in that case.