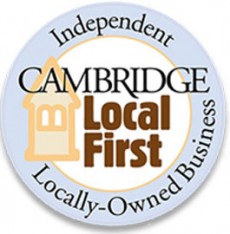 The twice-moved Taste of Cambridge has caused yet another move: The eighth anniversary party of Cambridge Local First, planned for Thursday, has been shifted a day earlier to avoid conflicting with the culinary festival.

Taste of Cambridge celebrates the Cambridge restaurant community and raises money for the charities Caspar, Faith Kitchen, On the Rise, CHAF and Food for Free. The $50 admission to this 11th annual Taste allows sampling from 100-plus Cambridge restaurants and specialty butcher, cheese, honey, wine, beer and coffee purveyors. The Hot 8 Brass Band, The Dirty Water Brass Band and DJs from the Mmmmaven Project, the city’s DJ school, provide the noncaloric entertainment in University Park, at the Landsdowne Quad and Sidney Street near Central Square.

It was the date Cambridge Local First announced for its birthday celebration back in June, four days before rain delayed Taste of Cambridge the first time.

“We don’t want anyone to have to choose between CLF and Taste of Cambridge,” organizers at Cambridge Local First late last month, announcing the rescheduling.

“We hope you can join us as we celebrate and toast your hard work in becoming over 340 members strong and building up our local economy,” the organizers said.

Cambridge Local First is a network of locally owned and independent businesses formed in October 2005 to “build a strong Cambridge economy and a vibrant community,” its website says.

The R.S.V.P., potluck-style event is to be held from 7 to 9 p.m. Wednesday at the home of founder and Steering Committee member Laury Hammel, at 10 Hilliard St., Harvard Square.

“All friends, supporters, and members of Cambridge Local First are invited,” organizers said.