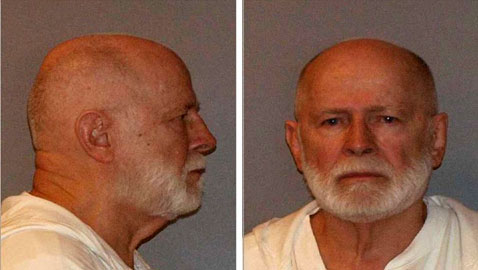 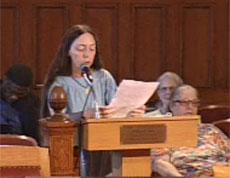 The trial of Boston mobster James “Whitey” Bulger featured a cameo appearance by Cambridge’s Heather Hoffman on Aug. 1 that one observer said “will be talked about in all law school classes far down into the future.”

In applauding Hoffman’s time as an expert witness, though, writer and blogger Matthew T. Connolly gave a contemptuous heckling of prosecutor Fred Wyshak, explaining that his cross-examination of Hoffman would rightfully go down in legal history because it “should be taught in every evidence class in all our law schools as an example of how not to cross-examine a witness.”

On Aug. 1 he let loose with a series of caustic tweets over the dullness and pointlessness of Wyshak’s cross-examination of Hoffman, a lawyer and title examiner who was on hand as part of a look at Bulger mob associate Stephen “The Rifleman” Flemmi’s real estate holdings. “This is so far removed from the real issues of the trial that it was barely admissible,” Connolly said.

In answering questions about her title searches on seven properties, though, he called Hoffman “highly skilled … she really knew her business.”

Not Wyshak, though. In Connolly’s recounting, the prosecutor is merely dragging out his own humiliation for a half-hour in court:

Wyshak wanted to show that she had no idea of the value of each of the properties. He could have done that with one question or perhaps seven if he wanted to deal individually with each property. But he didn’t do that. He wanted to prove, I think, that he knew something about property valuation, but in doing it he showed how little he knew. He couldn’t get it in his head that this slight, soft-spoken woman had a big brain and a brimful of intrepidness. She was an expert in the area and he wasn’t. Even more, she wasn’t going to be bullied by his loud voice.

He’d give a little speech and end it by saying, “Is my understanding correct?” Invariably she’d say “No.” She’d then add in all the factors that he left out. He’d get a little angrier, raise his voice, go through another hypothetical question and she’d slap him down again. Mercifully, after 50 minutes of testimony, 30 on cross-examination, she stepped off the stand. Fifty minutes on an issue that means next to nothing.

“I don’t think the cross-examination of Heather Hoffman will be inducted into the lawyer hall of fame,” he tweeted dryly. “‘I have no questions of this witness’ would have been another approach for the government to take.”

He said he would give a free “Heather the Title Examiner” T-shirt to his 1,500th Twitter follower.

Hoffman also gives testimony frequently at City Council meetings, where she uses her training and knowledge to pin down Cambridge officials on points of state and local law.

This post was updated Aug. 9, 2013, to rephrase why Hoffman was brought to the stand and add information about David Frank.