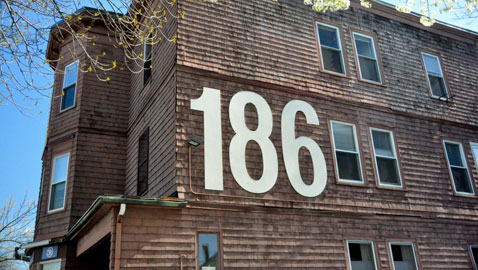 The National Poetry Slam – a weeklong event in Cambridge, Somerville and Boston for the second time in three years – reaches its climax Saturday with a finals showdown, but by that time there will already be another big poetry event under way: Poetry Marathon 2013, a nearly 18-hour relay of more than 100 poets taking place over three days in Inman Square.

Or, as the minds behind the event put it with poetic license, there will be “a billion local and visiting poets,” old, young, celebrated and obscure, with co-organizer John Mulrooney describing it as largely Boston and New York talent – fellow organizer Jim Behrle is based in Jersey City, N.J. – with some coming from as far as Ohio, Maine and, last year, California.

“This is a barbecue, and it should be fun,” Mulrooney said. “Some make a weekend of it and use it as a way to reconnect with other poets.”

The marathon is linked to the Unaffiliated Reading Series that’s taken place over the years at the Plough & Stars Restaurant and Bar and Outpost 186, the art gallery hosting this weekend’s event. But that makes it the third iteration of an annual marathon dating back some 13 years. Its sudden overlap with the national slam competition was a surprise.

“We didn’t plan it. It just sort of happened. And we couldn’t really be real competition,” Mulrooney said, hoping instead that the event might be a complement to the more performative, formal slam event. “It’s about being open and ecumenical.”

Still, the marathon is not a slam or even an open-mic event, and organizers will try to stick to the performer schedule, starting with Jim Dunn at 7 p.m. Friday and ending with Chris Lindstrom at 3:48 p.m. Sunday.

Why an eight-minute limit on reading time?

“There’s no special meaning,” Mulrooney said. “Years ago we counted up how many people said they’d be here and got a calculator out, and it sort of stuck around.”

“We tried one year with 10 minutes and realized people used it so 10 minutes really meant 12,” he said.

The full schedule is here. Timothy Gager, curator of the Dire Literary Series and co-founder of Somerville News Writers Festival, seen in the video above, reads Saturday.