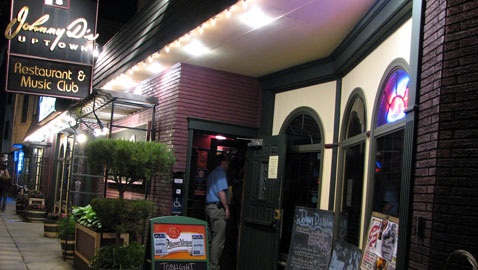 Ten local comedians compete in a Comedy Central talent search Friday at Johnny D’s in Davis Square. One will go on to a national brackets competition and could be called the best up and coming comic nationwide, winning $2,500, a digital record release, tour and satellite radio performances and an appearance on a Comedy Central stand-up series.

There are 26 competitions around the country through Sept. 23 in the Up Next Certified Talent Search, from which some 30 semi-finalists will emerge to show their skills again at four shows held in October. Eight finalists will appear at The New York Comedy Festival’s annual “Comics to Watch” show Nov. 6 at Caroline’s on Broadway.