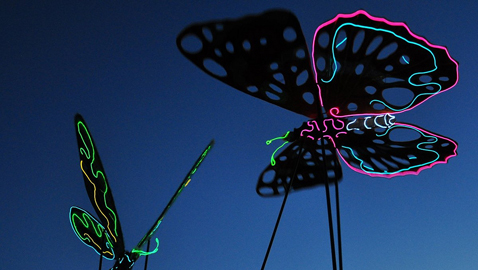 Eat your way through the Harvard Book Store Warehouse. Last week the warehouse hosted a seriously writerly event; this time it adds the culinary to the literary. In addition to the 25,000 used, rare and remaindered books available to buy at the Harvard Book Store’s 6,500-square-foot Somerville warehouse, there’s a bunch of local-ish food vendors on hand: MotherJuice, with local, organic fruits and vegetables made into juices and smoothies; Nobscot Artisan Cheese; Q’s Nuts, with sweet, savory and exotic flavors; Something Gud, which delivers locally sourced food weekly to your door; and Sabertooth Bakery, visiting from Jamaica Plain with vegan doughnuts, cookies, cupcakes and more. The Somerville Arts Council will be on hand selling the Union Square cookbook and food guide, “Nibble,” for $15. It takes place from 10 a.m. to 6 p.m. Saturday and Sunday at 14 Park St., Somerville. 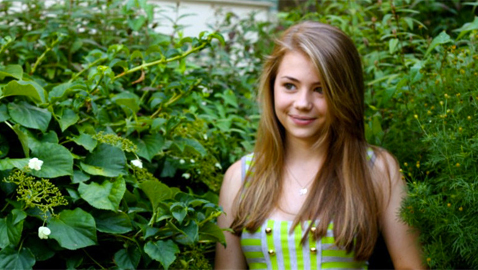 Attend the inaugural Harvard Square Folk Festival … and see Bugs (Bunny). As if Harvard Square and Passim didn’t have enough annual events and festivals, the Harvard Square Business Association and storied folk club are introducing the “first annual” (we’ll see) Harvard Square Folk Festival aimed at highlighting the next generation and new wave of roots music. They’re boasting of “the youthful fire of Celtic fiddler-singer-songwriter Ellie Buckland” and “the avant-folk groove of Wishbone Zoe, who describes her music as ‘junkyard rock, vagabond scuff and polka folk.’” Also on the schedule: smart folk-rocker Dietrich Strause, Celtic fiddler-dancer-singer Laura Cortese and teen songwriter Hayley Reardon, whom The Boston Globe called “a confident, radiant teenage singer/songwriter who is helping to pen the next chapter of the Boston folk scene.” It takes place from noon to 5 p.m. Saturday on Palmer Street, Harvard Square.

Then comes the second free, family-friendly event of the day: A screening of “Bugs Bunny: Superstar,” a 1975 documentary that shows how Porky Pig, Daffy Duck and Bugs Bunny came to be – all from a tiny shack on the Warner Bros. lot called Termite Terrace. Orson Welles, of all people, narrates, and director Larry Jackson will be on hand to help raise funds for a new documentary on the defunct but legendary Orson Welles Cinema, which was at 1001 Massachusetts Ave., near Harvard Square, from 1969 to 1986. (Trivia: Harvard grad, Al Gore roommate and actor Tommy Lee Jones was was the cinema’s first manager.) The showing is at 7 p.m. on Palmer Street, Harvard Square.

Get your Radiohead on (now with less Radiohead). Punchdrunk Lovesick Singalong, an evening of Radiohead covers, brings together local bands and performers such as Ginger Ibex, Leon Rich, Shawn Deirdre, Faulke Yue, Capt Easychord, Rebecca Burke, Natali Freed, Lars Wicklund, Christie Prince and Robert Avila to give their interpretations of such modern classics as “High & Dry” and “The Bends” and of course “Punchdrunk Lovesick Singalong” – and maybe even “Creep,” although whatever band does is will be risking the wrath of Thom Yorke. He hates that damn song. The show is from 8 to 11 p.m. Saturday at Outpost 186, 186.5 Hampshire St., Inman Square. A $10 donation is requested at the door.

Green your thumb at the Fourth Annual Urban-Ag Fair. If you’re interested in locally grown fruits and vegetables – meaning growing them, using them, eating or drinking them – it’s time to get to Mount Auburn Street and Winthrop Park, the site of the first marketplace in Cambridge (back when it was called Newtowne, in the 1630s). The Urban-Ag Fair provides tips from local experts on composting, community gardening, container gardening and recycling as well as 20-minute, $5 mini-classes on home-brewing beer. Attend the fair and you may want to sample the Grendel’s Den fare for the day: hamburgers from Double J Farms’ Massachusetts-raised, grass-fed beef washed down by Great Pumpkin Ale from the Cambridge Brewing Co. and Liquid Sunshine Mead from Green River Ambrosia. Entertainment will be provided by singer-songwriters Mike Hastings, Hayley Reardon and Patrick Mulroy. The fair takes place from noon to 4 p.m. Sunday, followed seamlessly by a chance to … 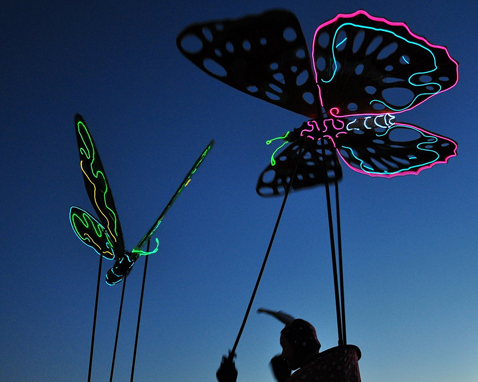 Greet the autumnal equinox with the free 10th anniversary Revels RiverSing. Peter, Paul and Mary’s Noel Paul Stookey is the big name during the musical part of this festival, but there’s much more going on. It starts at 5 p.m. as the Ag-Fair wraps up, with family festivities including face-painting, hula-hooping and a “Honk” band; then a puppet-filled parade leads revelers to the Charles River at 5:45 p.m.; the singing starts at 6 p.m. In addition to Stookey, the Revels Singers, sax great Stan Strickland, a folk band and guest soloists will play. Also taking part: The Actors’ Shakespeare Project, Cambridge poet populist Lo Galluccio, acrobats and street performers from Moonship Productions, Sara Peatie’s Puppeteers Cooperative and the magical, larger-than-life butterflies of Gabriel Q. The farewell to summer and welcome to fall wraps up at 7:30 p.m.

See the last Shakespeare in the park performance of “Much Ado About Nothing.” Shakespeare’s romantic romp gets a final free, open-air performances from the Cambridge Arts Council and Fiasco Productions at 2 p.m. Sunday in Longfellow Park, to which watchers are urged to bring chairs, blankets and picnics.

Catch the start of a Brendan Burns residency. Tireless musical inspirer and instigator Brendan Burns (part of the duo who wrangled more than 150 performers to interpret Beck’s “Song Reader” album live in Davis Square in February) is launching a monthly residency, with each fourth Sunday featuring new music by him and his (many) closest collaborators. This performance brings together percussionist Raky Sastri, cellist Valerie Thompson and upright bass player Tony Leva to join Burns’ guitar. The $10-admission show is from 5:30 to 7:30 p.m. Sunday at Lilypad, 353 Cambridge St., Inman Square.