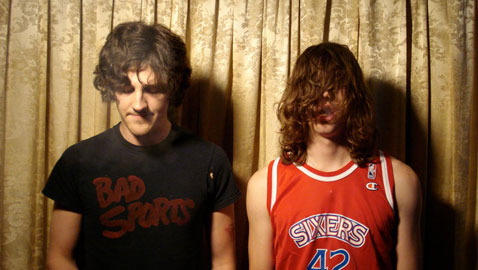 The name may not be for the faint of heart, but garage rock band Bass Drum of Death delivers a boisterous sound to match it. Following the release of a self-titled second LP, the Mississippi band is touring North America with a stop at the Middle East Downstairs on Wednesday.

John Barrett is singer, guitarist, bassist and drummer when Bass Drum records – for live shows, he is joined by a second guitarist and drummer – and “Bass Drum of Death” and Barrett’s first album, “G.B. City,” were recorded in Barrett’s basement using USB microphones, the cheapest way to record.

“My method of recording is pretty ghetto,” Barrett said in an interview with Bullett Media. “But at the end of the day, it’s the song that counts. If I have a song I’m proud of, it doesn’t matter it it’s recorded in a $20,000-a-day studio or for free.”

Bass Drum’s newest album has more of a pop vibe than the first without sacrificing the rawness typical of garage rock, and although the songs may seem amateur at first, the thought and skill come through in the melody and lyrics. The do-it-yourself sound is still evident in the lo-fi vocals and muddled progressions; Bass Drum’s songs are a little rough around the edges, but it comes with the territory.

Fans of better-known garage rock bands such as Black Rebel Motorcycle Club and Ty Segall will appreciate Barrett’s rambunctious approach. And fans of the newly released, highly praised video game “Grand Theft Auto V” will recognize the song “Crawling After You.” It is featured on the video game’s built in radio station, Vinewood Boulevard Radio.

Bass Drum of Death will be downstairs at The Middle East, 472 Massachusetts Ave., Central Square, on Wednesday. Hanni El Khatib, The New Highway Hymnal and Future Spa will also play. Tickets are still available through The Middle East for $12.