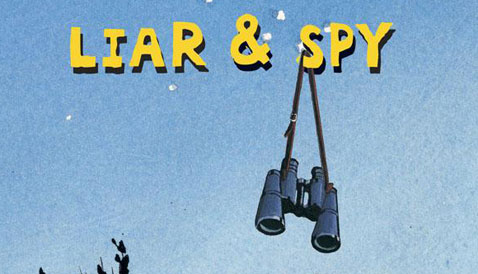 Her “When You Reach Me” was awarded the Newbery Medal and the Boston Globe/Horn Book Award for Fiction, while her novel “First Light” was a Junior Library Guild Selection and a NYPL Best Book for Teens. “Liar & Spy” also won the Guardian Children’s Fiction Award.

While “First Light” brings in elements of science fiction and mystery, her other novels are more whimsical, if down to earth, and trade on Stead’s lifelong familiarity with New York. “Liar & Spy,” starts with seventh-grader Georges moving into a Brooklyn apartment building and meeting Safer, a 12-year-old coffee-drinking loner and self-appointed spy, and becoming Safer’s first spy recruit on missions that ultimately raise the question: How far is too far to go for your only friend?

“I’m rarely trying to send a message, but I think if there is a message to be taken from their relationship, it’s that friendship is messy sometimes,” Stead told School Library Journal. “Forgiveness may be necessary.”

Stead is at Lesley as part of its Master of Fine Arts in Creative Writing Program’s Winter Residency Readings, which wrap up Saturday after a series of readings by MFA graduates at 6:30 p.m. Thursday and Friday and at 3 p.m. Saturday. The readings are free and open to the public.

All events are at the university’s Marran Theater, 34 Mellen St., in the Agassiz neighborhood.