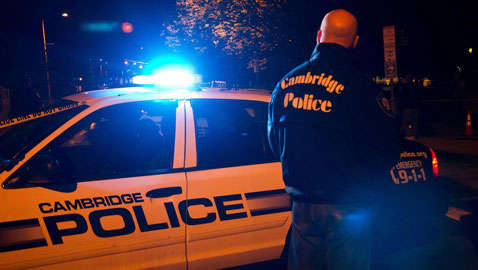 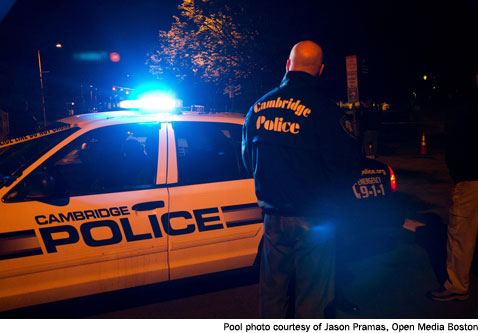 There is a nationwide trend toward militarizing police forces, and Cambridge shouldn’t be part of it. City councillors such as Nadeem Mazen and Craig Kelley are right to push back.

Pumping up police presence has come up twice in the past two months, first when councillor E. Denise Simmons proposed “installing a permanent Cambridge Police Officer within City Hall”; then as Kelley wondered if the force’s new bomb sniffing dogs would suddenly be showing up in otherwise innocent contexts, such as Danehy Park Family Day. (Mazen didn’t just balk at the foreboding presence of having an officer at City Hall; he pointed out that people were as safe there as anywhere in Cambridge by calling 911.)

The radical beefing up of police forces going on nationwide has drawn the attention of the American Civil Liberties Union, which on March 6 launched a 23-state investigation into the growing arsenals and military-style tactics of police even in smaller towns, enabled mainly by federal dollars from the departments of Defense and Homeland Security.

The problem with stepping up security is that it generally never returns to normal – although City Hall long ago did have an officer stationed there – leading to endless and largely pointless bother and unconstitutional outrages at our airports and increasingly loosely defined borders, with about zero accountability or common sense.

“The militarization of local police is a threat to Americans’ right to live without fear of military-style intervention in their daily lives, and we need to make sure these resources and tactics are deployed only with rigorous oversight and strong legal protections,” said the organization’s Allie Bohm in a press release.

Far from immune, Cambridge has taken on federally funded surveillance cameras and those bomb-sniffing dogs with far more rationale than, say, Columbia, S.C., really needs its armored personnel carrier and turreted, mine-resistant war truck: Particularly as the home of Harvard and the Massachusetts Institute of Technology, the city is home semi-regularly to celebrities, diplomats and politicians and even royalty. President Barack Obama was here just last month, and the city is responsible for keeping dignitaries safe.

And we do have local officials who are better suited than many at keeping the rollout of a police state in check. Those cameras were never turned on in part because of an uproar given voice by former councillor and current state Rep. Marjorie Decker, and Kelley led an open and exhaustive series of hearings on if and how they would ever be used. Mazen has been eloquent and reasoned in explaining his wariness of an increased police presence.

In addition, Cambridge also has what is by virtually any measure a spectacularly good police force – 317 officers and civilians answering some 119,000 calls per year in a city that statistically keeps getting safer and safer. Anecdotally, Cambridge officers are responsive, effective and generally polite and respectful, although those anecdotes might be warped through a filter of class and race privilege; four years ago there were more than a few heads nodding in recognition at a forum on “Civil Rights: Policing, Discretion and Race in Cambridge” when the Rev. Irene Monroe talked about moving here as a Harvard graduate student and being stopped repeatedly by police for the apparent crime of “living while black in Cambridge.”

There are less than ideal aspects to our police, too. Commissioner Robert Haas, in place since 2007, deserves credit for his general leadership and specific reforms after the infamous arrest of Harvard professor Henry Louis Gates Jr. in 2010, but criticism for his approach to instituting those reforms – namely, he doesn’t like answering questions; he seems to want to be left alone to do the right thing, which is not how it’s supposed to work in a democracy with a City Council and a citizen oversight board in place (or media, for that matter). He was empowered by the city manager at the time, Robert W. Healy, to ignore both those bodies, and this was a city manager who took his duties as “chief conservator of the peace” so seriously that he excluded the mayor and council from acting in the international firestorm that followed the Gates arrest. And although those surveillance cameras were never turned on, they were installed only because Healy didn’t respect a public process to see whether Cambridge wanted to accept federal funding in the first place.

The aftermath of the Gates arrest was a test for the city’s police, and the force failed. It essentially faked an internal affairs investigation of the arresting officer and did its best to keep the public and public officials out of the nine-month report-writing process that followed – with a result that failed to answer residents’ most basic questions about what had happened, except by implication. Unions formed their usual thin blue line around the accused officer in a way that made it all too clear they weren’t thinking even a little bit about what just taken place and whether it was right.

It doesn’t help that Haas’ staff plays games with Freedom of Information requests or that he implied incorrectly that Cambridge had been asked by Boston Police to be ready with a full-time bomb squad by the first anniversary of the Boston Marathon attacks.

That is, he gave misleading testimony to the council to win sign-off on nearly a half-million dollars toward creating a full-time bomb squad and beefing up an existing Special Response Team and Tactical Patrol Force, including five new officers and five police dogs, then refused to answer questions about it. Lack of review and muddy motivation is exactly why people fear the militarization of police forces that are supposed to “serve and protect,” and it’s why Kelley is asking how police dogs will be used when there’s no crisis calling for them.

It’s also why Mazen’s summation of the situation is so valuable.

I don’t fear these dogs showing up outside Tavern in the Square or something like that tomorrow. What I fear is that the pattern we’ve seen all over the world where first the money is appropriated, then a long period passes where nothing bad happens, and then inevitably something happens that causes the resources to be deployed and then once they’re deployed they seem to stay. And the level of threat and the level of fear is elevated permanently or semi-permanently.

We have a threat level that was ‘semi-permanently’ elevated after 9/11 and it will always be that way. The way we spend, the way we think will always be changed, and we haven’t really had a discussion as a country about when it will go back to how it was or whether it’s necessary to go back. My fear isn’t a short-term fear. It isn’t a fear about this appropriation. It’s a fear about a pattern of appropriations that may one day lead to a culture of fear and a presence on Mass. Ave. It’s happened many places all over the world; it’s not unbelievable to imagine we would have security dogs sniffing our sidewalks – and it won’t happen, god willing, in our generation, but the choices we make and discussion we initiate now will affect whether that is possible next generation.