In city that ‘likes to spend,’ officials clarify why development’s important, not driven (correction) 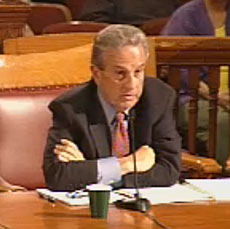 In city that ‘likes to spend,’ officials clarify why development’s important, not driven (correction)

The $524.4 million proposed budget for the upcoming fiscal year calls for $54 million in payments on a total outstanding debt of $437.6 million, a figure that includes lending to the city that’s been authorized but not issued for a variety of big projects including water and sewer lines and the reconstruction of badly aging, crowded schools that are crumbling and, in some cases, roasting children during warmer months.

Private development helps keep Cambridge property owner’s taxes among the lowest in the state, in part because the city pumps in free cash to keep the tax low: $9 million this year and in the budget projected for next year. There are more than 100 revenue streams adding to the record-high $142 million free cash fund; building permits, it was reported in October, brought in $17 million in the fiscal year that ended June 28.

But citizen alarm is growing over the pace of development citywide – especially in North Cambridge and the Alewife area, where apartment units are arriving by the thousands – and there are some who have called for some form of moratorium on zoning or special permits that add population density to a neighborhood, even as there is movement on crafting a new citywide development master plan that could pin down how much population is wanted in Cambridge, where more population would go and how the city’s infrastructure (especially transportation infrastructure) would handle it.

Comments by City Manager Richard C. Rossi on May 12 made a moratorium sound unwanted from a budgeting perspective.

“Cambridge as a community still has the ability to develop more land and more property. Assuming that we do that intelligently, in a way that citizens have confidence in what we’re doing, in a way that doesn’t impact quality of life … there’s still substantial room for us to grow,” Rossi said. “And that is really important because this city really likes to spend money on programs and do things. It doesn’t just lay back. This city is pretty impressive in its spending, and it’s a community that wants us to spend.”

Among the expenses: The city is paying an estimated $84.5 million remaking the Martin Luther King Jr. school on Putnam Avenue. Because the state rejected a request for help on the next school project, the King Open School on Cambridge Street, the city becomes the sole source of funding for $6 million in 2016, $40 million in 2017 and $55 million in 2018, Assistant City Manager for Fiscal Affairs Louis Depasquale said.

Councillor Craig Kelley noted that “down the line there’s two more schools, plus whatever else, plus a fire station, arguably, plus the DPW,” referring to the potential relocation of the Department of Public Works from Hampshire Street in the Wellington-Harrington neighborhood to the Concord-Alewife area.

Despite the average annual adjusted budget increase being below 3 percent for years, according to  finance officials, Kelley noted that the city’s operating budget had climbed by $162 million from the $362 million operated budget seen when he was elected to the council in 2004.

“The numbers are big and scary, of course, but the growing tax base has allowed us to increase the levy without a dramatic impact on homeowners,” Kelley said. “I kind of view it as a tree, where we grow or we die. And if we stop growing than we have to start pruning.”

Rossi said there have been years when programs were pruned back.

But would the city feel stuck accepting less-desirable private development to ensure reliable payment of debt and to keep paying for improvements to public facilities? Other city officials said there would be no reason.

Below debt limit, below levy limit

Looking back over Kelley’s period of budget growth, even as there’s been an average 5.3 percent increase in the levy – the value increase of property in the whole city – about three-quarters of people getting property tax bills had to pay either less annually or the same or saw increases of less than $100 year to year.

And property taxes have been kept low for so long with injections of free cash, there is room to charge residential owners more in a crisis, Depasquale said.

“Because of our levy, if development slowed down, we could still raise our taxes. We’d be fine” as a city, he said. “If the development went away, our budget could still grow, but much more of the impact would come on the residential taxpayer.”

Robert P. Reardon, director of the Assessing Department, affirmed that the city was “way under” its Proposition 2½ levy limit, putting it in a strong position to choose good projects.

“In most communities, it is the other way around. They need to grow the budget,” Reardon said, referring to cities at their Proposition 2½ limit, where additional taxes drive development by allowing more spending. “It’s more the right thing for us to be doing on these projects – we don’t need to be taking money.”

This post was corrected May 19, 2014, to note that the city is spending $9 million in  free cash in the current fiscal year to keep property tax bills lower for some residents. The figure first cited was from the 2013 fiscal year.