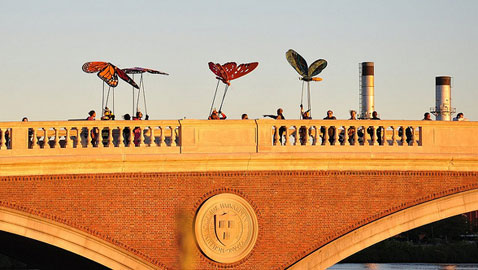 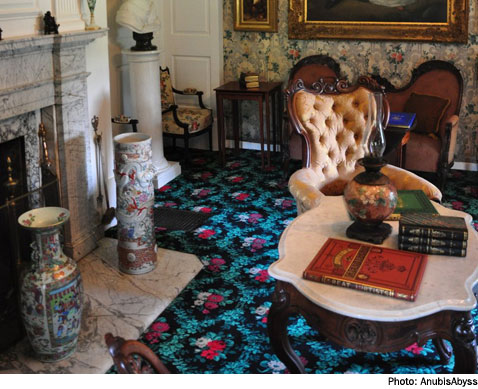 This is your chance to do a deep dive into Cambridge history. The Cambridge Historical Commission has 11 tours – some based on geography, some on theme – running throughout the day looking at Pearl Street, a home for industry; The Longfellow House, where Gen. George Washington stayed in the winter of 1775-76 (and much else happened); a walk of Area IV ending with ice cream at Toscanini’s; a trip to the past for kids 4-12; The Dead Writers Showcase, in which performers become 19th century writers including Nathaniel Hawthorne and Washington Irving; a Mount Auburn Cemetery tour to introduce the figures whose names adorn Cambridge squares and streets; a rundown of politics in shaping Cambridge back to 1640; a look at what the gravestones of the Old Burying Ground say about old Cambridge; a survey of the grand Women of Tory Row; and a tour showing the famous writers buried at Cambridge Cemetery, including Henry James and William Dean Howells (because not everyone went to Mount Auburn).

For tour times and meeting places, look here (or try the shorter brochure here). The event happens rain or shine. 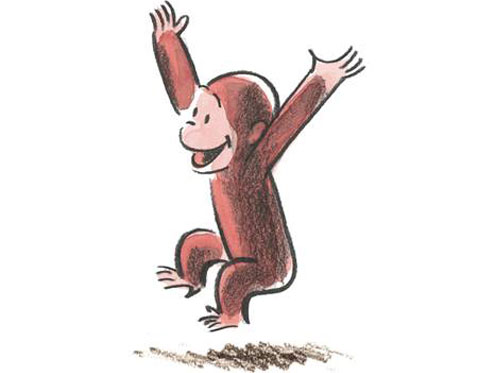 It’s Curious George’s birthday! Kids and their families are invited by Houghton Mifflin Harcourt, WGBH, The World’s Only Curious George Store and the Cambridge Public Library to a celebration to meet Curious George and the Man with the Yellow Hat, sing “Happy Birthday” to the monkey at noon and stay for stories, songs, arts and crafts and screenings of the Emmy award winning PBS show!

There are five great bands reuniting for this show – the one with the broadest name recognition is probably The Sheila Divine, the post-punk trio behind songs such as “Hum” and “Like A Criminal” – including Dirt Merchants, The Gravel Pit, Fertile Virgin, Honeybunch and Evol Twin.

It’s part of the monthlong “50 Years of Boston Rock 2014” commemoration of the inaugural broadcast of “Pipeline,” the local-rock show Massachusetts Institute of Technology radio station WMBR. Some 80 bands are coming together for reunion performances over five weekends and 13 nights at different venues, billed as “hand-picked acts representing the very best of the Boston rock underground from the ’60s to the 2000s.” In this Somerville show, doors are at 6:30 for music starting at 7 p.m. with Evol Twin and leading to Honeybunch at 7:55 p.m.; Fertile Virgin at 8:50 p.m.; Gravel Pit at 9:45 p.m.; Dirt Merchants at 10:40 p.m.; and The Sheila Divine from 11:35 p.m. to 12:15 a.m. Information is here.

Cuisine en Locale also hosts a “Pipeline” show Oct. 10-11. There are shows at The Middle East Downstairs, 480 Massachusetts Ave., Central Square, on Oct. 3-4 and Oct. 12. Other dates are at Arlington’s Regent Theatre and at the Brighton Music Hall. Dig Boston has a schedule here. You can join a Facebook group for the series here.

Novelist Scott Alarik, who inspired the square’s “Revival” month with his novel of the same name, hosts a four-band festival starting at noon outside Passim, 47 Palmer St. The folk club is a sponsor, along with the Harvard Square Business Association. The bands are No Bones About it at noon; The Meadows Brothers at 1 p.m.; Billy Keane at 2 p.m.; and Mark Whitaker at 3 p.m. Information is here.

Midway through the music, the inaugural Chowderfest arrives to warm and feed stomachs with chowders, stews, soups and bisques from Harvard Square eateries Fire + Ice, Grafton Street Pub & Grill, Grendel’s Den, Hong Kong Restaurant and Legal Sea Foods. (There will also be a Grendel’s “mocktail” bar and a Legal Sea Food tent with fresh shucked oysters.) The Splinters will be on hand playing Americana, folk and bluegrass music, essentially providing a second stage for the Folk Festival while Chowderfest is on, from 2 to 3:30 p.m. on Brattle Plaza. Information is here. 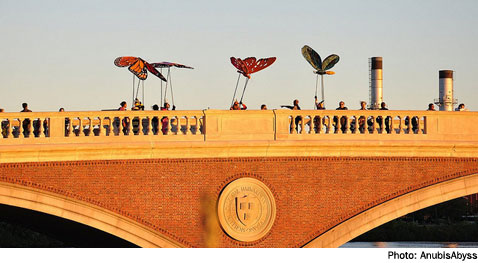 Cambridge’s traditional send-off to summer and welcoming of the months of foliage, Halloween, apple cider and hot chocolate is here, led as it has been for the past nine years by by the nonprofit Revels organization. It includes the 80-member RiverSing Chorus of adults and children, musicians David Coffin and Stan Strickland, street performers, giant puppets from Sara Peatie’s Puppeteers Cooperative, twin sister folk singers Chris and Meredith Thompson, Actors’ Shakespeare Project’s Paula Plum and Jennie Israel, the local percussion ensemble Bloco AfroBrazil,  guest song leaders and soloists and the magical butterflies of Gabriel Q.

It starts with a 5 p.m. gathering in Winthrop Park for family festivities including music, face painting and hula-hooping. At 5:45 p.m. comes a parade to the Charles River for 6 p.m. singing and poetry along the Charles. At the end comes an improvisational call-and-response with sax great Strickland floating along the Charles in an illuminated boat decorated to honor the sun and moon. Information and printable lyrics are here.