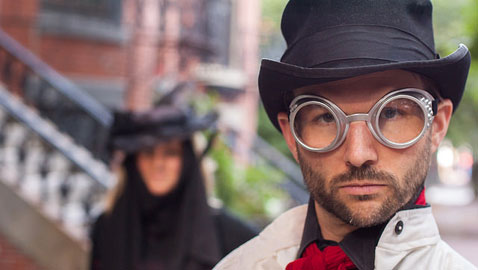 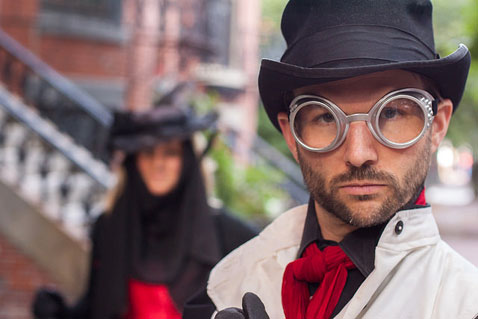 GoreFest, the ImprovBoston comedy club’s 12-year Halloween tradition, calls for easily washable clothes and a sick sense of humor – the point is to spray as many bodily fluids as jokes off the Central Square stage.

This year resurrects its steampunky, Dickensian-era musical “The Gruesome Tale of Penny Dreadful” from nine years back, with Matt Chapuran now directing instead of starring as Dr. Listenburg, the show’s unwitting villain. Creator Don Schuerman said he wrote the role for Chapuran, and thinks the comic actor will make “the perfect director for this year’s revival.”

Chapuran’s take on the show brings the actors even closer to the audience for what he calls “a fully immersive experience” – which should read as a warning for people who don’t want to be soaked or at least splattered with fake blood over the course of a Broadway-style immorality tale.

“It’s a thrill to revisit this show,” Chapuran said. “Bringing it to a more intimate space is going to make every drop of blood and every note of music more memorable for the audience.”

The theater’s official blurb about the show: