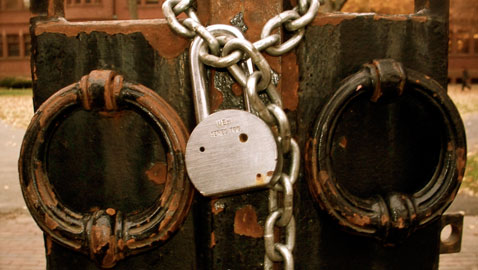 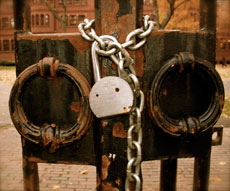 Fundraising to open up email between Cambridge and Harvard police isn’t going so well for Muckrock, the locally based collaborative news site that requests, analyzes and shares government documents. With two weeks to go on raising $3,831, the site has raised only $125 – including a contribution from Cambridge Day.

It could be worse: The price tag was $9,088 on the original request through Muckrock by Sarah Cadorette, a community organizer and coordinator at The Democracy Center in Harvard Square.

She’s concerned about the lack of transparency at Harvard, and since courts have decided to protect Harvard University’s privacy even on such things as crime logs, she asked Cambridge government back in September to share with the public all of its police department’s emails with Harvard police. The high price was based on there being more than 25,000 such emails, which would have to be photocopied and printed by an employee over the course of many hours. (Cadorette wanted PDFs, which would lower costs, but the city ignored that, apparently because it doesn’t have the same ability to do that without releasing “manipulable” metadata – although anyone with a $125 copy of Adobe Acrobat does.)

The lower cost is due to Cadorette limiting her request for emails to just November 2011 to January 2012 – the Occupy Harvard period – and from April of this year through September, which includes a performance by Russian violinist and conductor Vladimir Spivakov and his Moscow Virtuosi Chamber Orchestra, the protests that ensued, the banning of protester and Harvard grad Roman Torgovitsky from campus and his reappearance in September at a lecture by two members of Pussy Riot, the Russian art punk band. Incredibly, Harvard had Torgovitsky arrested, leading to Pussy Riot and its supporters occupying the lobby of the the Cambridge police building until his release later that night.

There is no telling what’s in the roughly 7,000 emails Cadorette wants. But the above summary gives a sense of why they might be interesting, and there are certainly other reasons.

Crime has risen in the Harvard community. The crime statistics the university has to release annually thanks to a law called the Clery Act show a total 118 incidents in 2011 that rose to 144 last year, a 22 percent increase in two years while crime in Cambridge as a whole keeps hitting record lows, a trend that continued into this year. What do university police officials have to say about this?

During Occupy Harvard, university president Drew Gilpin Faust and chief of police Francis “Bud” Riley locked the gates of Harvard Yard around the protesters – succeeding in the fairly obvious goal of turning the Occupiers into the bad guys and, unfortunately, revealing many of the students as pretty stupid (because they did, in fact, fall for blaming the Occupiers instead of the administration) and exactly the kind of unrepentant douches that waterboard the world and bring down the U.S. economy. (The pride of Harvard taunted Occupiers by yelling “We are the 1 percent” at them.) Why were the gates locked this time, when the yard has held larger protests in the past without that measure being taken?

When Spivakov appeared at Harvard, the school’s president and police chief took the incredible step of confiscating blue or yellow flowers from people who paid to see the concert, because those are the colors of the Ukrainian flag, and Russia was invading Ukraine and Spivakov supported the invasion. As Torgovitsky said, “As a Harvard alumni, I found this incident completely surreal – I could never have imagined that Harvard police would be stopping me from bringing flowers, of any color, to a concert hall. This would have been completely a matter of course in modern Russia, but in United States at Harvard?” Why is Harvard University behaving in a way that wouldn’t be out of place in Putin’s Russia?

At the May performance, Torgovitsky was arrested and charged with disorderly conduct – police officers’ favorite way to arrest people for no real reason whether on campus or off. An official report by arresting officer Josiah Christian bears little resemblance to a YouTube video showing what happened. (Cambridge had its own problems with questionable arrest reports, residents may recall, back when a city officer arrested Harvard’s Louis “Skip” Gates Jr. on disorderly conduct charges.) Is it acceptable for an arrest report to differ so significantly from what we can watch on video?

Faust and Riley doubled down on taking steps against peaceful protesters at the Spivakov concert by banning Torgovitsky, which seemed in deference to their May guest, the conductor. But Faust and Riley seemed to quadruple down in arresting Torgovitsky for trespassing at the Pussy Riot appearance, which was clearly against the wishes of their September guests, the pro-democracy activists. Pussy Riot’s Masha Alekhina and Nadya Tolokonnikova later said to Faust in an open letter: “We call on the Harvard administration to enter into a dialogue with civil-society activists. After all, they and Harvard are pursuing the same goals: respect for human rights, peace and education without borders.” Why are two top Harvard officials taking such efforts to portray themselves as opposing peaceful free speech?

If any of these actions or questions are of interest, donations to Cadorette’s Muckrock public records request fund can be made here.