Crooner Matthew Connor’s lounge songs will suit romantic in you Tuesday at T.T.’s 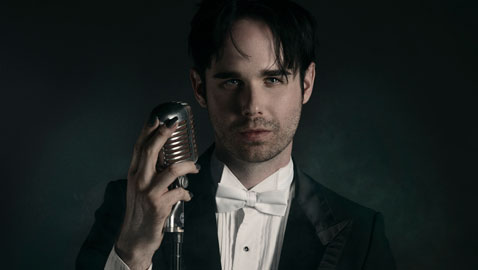 Crooner Matthew Connor’s lounge songs will suit romantic in you Tuesday at T.T.’s

Greater Boston absorbs lots of criticism for its coldness and lack of fashion, but Southerner Matthew Connor chose to come here to become a star – and he’s got enough emotion, not to mention fashion sense, for all of us. He has tormented torch songs and jauntier tales of jiltings aplenty, and if his Roy Orbison baritone and elegant compositions aren’t enough to enrapture you, still you can’t help but swoon a little at the sheer romance of his natty anachronism. 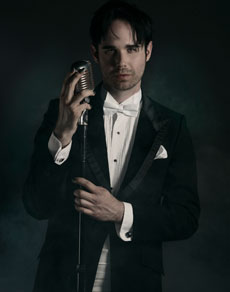 That’s natural for a kid who began sending off demos at 13 and who forsook training in opera and success in traveling shows to follow his own path in pop. Even the local fame he was finding fronting Allston electro band Provocateur a few years back wasn’t enough.

Now that his highly personal, yet highly stylized lounge act is drawing attention, Connor keeps on raising expectations. His elegant video for “How Is July Already Over?,” premiered by Out Magazine and nominated for Music Video of the Year at next month’s Boston Music Awards, would be distinctive enough as a tale of tragic flirtation in vintage suits. But Connor and New York photographer Marc McAndrews opted to make stop motion from 4,000 separate black-and-white photos.

He premieres a video for “Midnight Blue,” another track off “Farewell Motel,” on Tuesday.