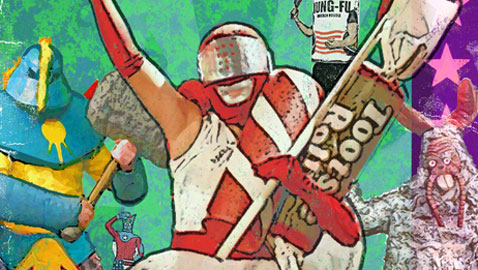 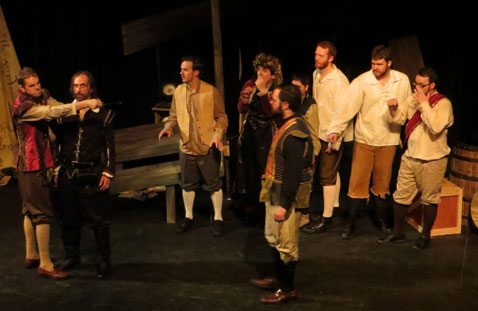 “Rosencrantz and Guildenstern are Dead” at 2 and 8 p.m. Saturday at the Cambridge YMCA Theatre, 820 Massachusetts Ave., Central Square. Tickets are $20 for general admission, or $25 for table seating. There is a student/senior discount of $4.

It’s a good weekend for theater and pseudo-Shakespeare, led off by these culminating performances of Tom Stoppard’s look at important events through the eyes of the unimportant. Notes for director Stephen Libby’s production with the Longwood Players calls the play a “fabulously inventive tale of ‘Hamlet’ as told from the worm’s-eye view of the bewildered Rosencrantz and Guildenstern, two minor characters in Shakespeare’s play. In Tom Stoppard’s best-known work, this Shakespearean Laurel and Hardy finally get a chance to take the lead role – but do so in a world where echoes of ‘Waiting for Godot’ resound, where reality and illusion intermix and where fate leads our two heroes to a tragic but inevitable end.” Information is here. 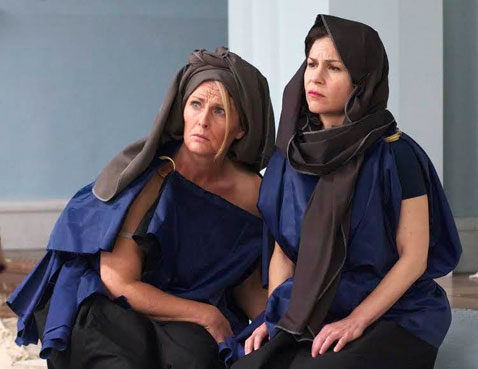 “The Trojan Women” at 4 p.m. Saturday at Unity Somerville, 6 William St., just off College Avenue near Davis Square, Somerville. Tickets are $15 ($16.52 with an online service fee), or $12 for students and seniors ($13.41 with the service fee), but can be reserved online to be bought with cash – no service fee – at the door.

Euripides wrote this play as Athens threw itself into the 415 B.C.E. military disaster known as the Sicilian Expedition. “Sickened by the senseless destruction, Euripides was moved to write what remains one of the most powerful indictments of war the world has ever known,” J. Deschene says in director’s notes. Euripides set the play two days after the Greeks infiltrated Troy with their wooden horse, aiming to explore why men go to war from the perspective of women waiting to be taken to Greece as slaves: Hecuba, the aging queen; Cassandra, a mad prophetess; Andromache, once the wife of a hero; and Helen of Troy. This is the final performance of this run. Information is here. 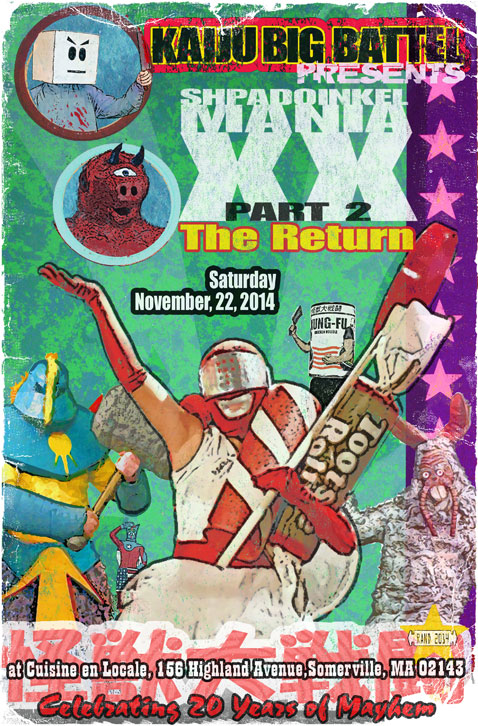 It’s hard to believe this mix of pro wrestling and Japanese giant-monster flicks started two decades ago, thought up by two School of the Museum of Fine Arts students calling themselves Studio Kaiju – maybe because the first full-fledged Battel battle was 17 years ago. But who can remember details like that when Steam-Powered Tentacle Boulder and Hell Monkey are going toe to toe? And who cares about such details when this is the first Kaiju Big Battel in town in five years? Johnny Blazes and the Pretty Boys provide musical accompaniment and Cuisine en Locale dinner and drink starts at 6 p.m. Information is here.

“10 Things I Hate About You,” at 7 and 10 p.m. Saturday at the Massachusetts Institute of Technology’s Building 26-100, also known as the Compton Laboratories, at 60 Vassar St. Free admission and popcorn is sponsored by the school’s de Florez Fund for Humor.

This teen comedy romance came out 15 years ago and surprised everyone with its charm and smarts. An update of Shakespeare’s “The Taming of the Shrew,” the movie stars Julia Stiles as sharp-tongued Kat, Heath Ledger in a breakthrough role of laconic heartthrob that inspired him to more complicated challenges as an actor (“Brokeback Mountain,” “The Dark Knight”) and Joseph Gordon-Levitt, before he got so smooth. Fans of this film stay fans, and it has a 70 score on Metacritic (7.4 from users) and 61 percent fresh at Rotten Tomatoes (and a 69 percent fresh audience score). The film series is sponsored by the MIT Lecture Series Committee. 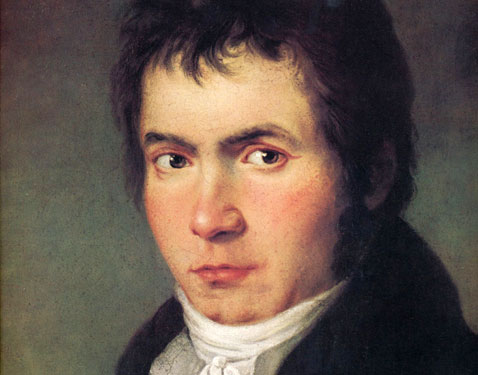 This new-generation chamber music ensemble of winds, strings and piano has a typically broad selection of works at this performance: Ravel’s “Introduction and Allegro” from 1905 (written as a marketing tool for the Érard pedal harp, while the company’s top competitor, Pleyel, hired Debussy); Keeril Makan’s “Nothing is More Important” for flute, viola and harp, a 2009 composition that sets out to reimagine and interpret a 16th century painting by Vittore Carpaccio; Françaix’s “Quartet for English Horn and Strings” from 1971; and Beethoven’s “Quintet for Piano and Winds, Op. 16” from 1796, which premiered with a fun bit of business as a 26-year-old Ludwig, at the piano, bewildered the wind quartet by improvising an extended – and unexpected – solo. Information is here.