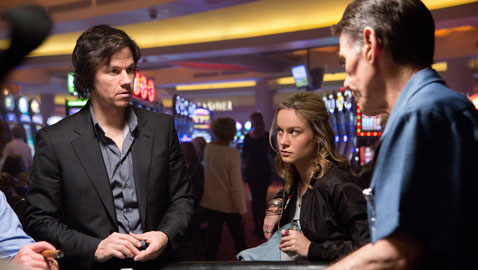 Few probably gave much heed to the actual words of Sony execs in emails unearthed by the now notorious cyberattack launched (purportedly) by North Korea. Just the spectacle of smug Tinseltown backbiting itself was enough, as big-ticket stars such as Adam Sandler were debased along with Angelina Jolie, who was tagged as “talentless.” 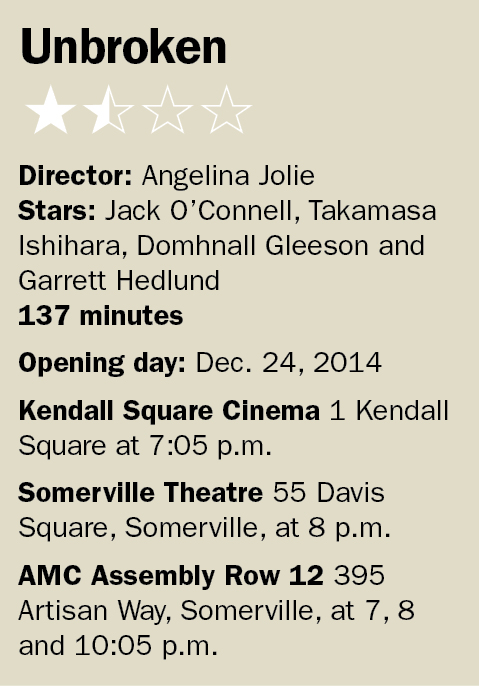 The Jolie slam gave me pause. She’s always conducted herself in ways that have invited ridicule (her blood vial marriage to Billy Bob Thornton, the incestuous podium posing with her brother and the weird, estranged relationship with dad, actor Jon Voight). But how could the woman who won an Academy Award (for “Girl Interrupted”) and made an impressive directorial debut with “Blood and Honey” – a provocative, Bosnian-Serbian updating of “Romeo and Juliet” – be “talentless”?

Perhaps those in power had already sat through the stunningly flat-footed “Unbroken,” Jolie’s directorial followup that tells the New York Times best-selling tale of Louis Zamperini, the premiere Olympic distance runner of his time and a peer of Jesse Owens, who went on to serve in World War II and ended up in a Japanese prison camp where he endured John McCain levels of torture. The film, which spans continents and features a “Life of Pi”-esque sequence at sea, moves with great strides and epic posturing. But for something that is supposed to be harrowing by definition, “Unbroken” never becomes much more of an ordeal than something akin to a wave machine unleashed in a calm, safe harbor.

Much of that has to be put on Jolie. The film feels like the actress turned helms-woman doesn’t have the faintest idea of what true pain and hopelessness might be. Too, the young, handsome actor playing Zamperini, Jack O’Connell (of the “300” flicks) registers enduring perseverance with a stoic snarling scowl that’s something of a JV rendition of the macho sneer employed by Sly Stallone in the “First Blood” series. That was something to endure. This is not.

More credible is Rupert Wyatt’s “The Gambler,” a slick-looking film about a sullen college lit professor (Mark Wahlberg) who suffers from an uncontrollable need to toss the dice. The self-destructive bent stems from Jim’s realization that he’s already penned his magnum opus, and so he lives an unhappy existence teaching, snarling meta rants about Camus to uninterested students. 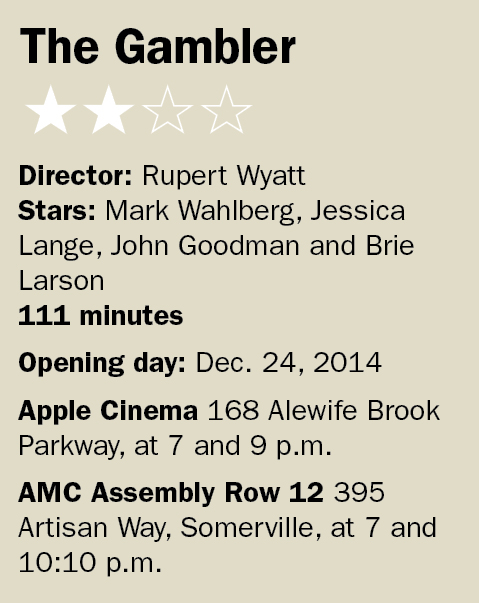 At the time we catch up with Jim, his IOU voucher has amassed to elephantine proportions and he is trying to pass it from one shark to the next. The Korean and the black factions are already fed up with Jim and give him regular and well-deserved beatdowns. The prospect for salvation comes in three unlikely forms: a promising young muse and student (the talented Brie Larson, somewhat wasted in an auxiliary role), Jim’s over-the-moon, bit loaded mother (Jessica Lange, leveraging her “American Horror Story” persona to the max) and a philosophizing mobster (John Goodman) who conducts all his biz from the confines of a sauna.

Wyatt, who’s best known for “Rise of the Planet of the Apes,” settles in solemnly on the material, giving it a Day-Glo ’70s feel hauntingly akin to what Walter Hill made as his signature with “The Warriors” and “The Driver.” Fittingly, too: The film’s based on the similarly titled 1974 film starring a strident James Caan as the prof with a penchant for the game – a loosely autobiographical account of screenwriter James Toback’s life experiences. The 2014 réchauffé gets a nice brushing up, especially in the diatribes and bravado layered in by Academy Award-winning scribe William Monahan (“The Departed”), but somehow with all this great and vetted affect Wyatt never gets to pit of his protagonist’s soul. Part of that might be the removal from Toback, who clearly had the rawness, and part might be Wahlberg’s inability to tap into and render the conflicting demons. In most of his movies, Wahlberg plays a nasally extension of his persona – not a bad thing, mind you. It works fine in a hard-boiled crime drama or FX-propelled actioner, but when a character study hangs squarely on his beefy shoulders, the affable man from the mean streets of Dorchester is a bit flabby in his ability to transport and transform. His casting and Monahan and Wyatt’s gamble to re-toss a ’70s classic doesn’t break the house, nor does it break the bank. It just humbly and politely breaks even.

Check out Tom Meek’s list of Top 10 films of the year on WBUR’s The Artery – just click here.