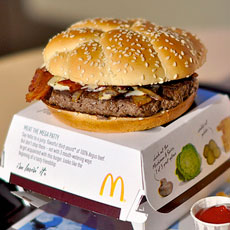 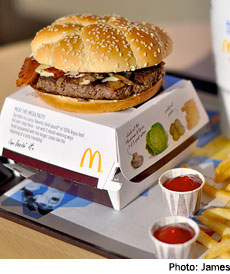 Can McDonald’s be a leader? The multinational corporation has long been criticized for the quality of their food and the source of their ingredients. Things could be different.

McDonald’s could be a catalyst for change in the fight to save antibiotics.

For decades, antibiotics have been fed to food animals on a daily basis to accelerate growth and prevent disease, even when they are not sick. The Centers for Disease Control says that this practice has contributed to the creation of antibiotic-resistant bacteria known as superbugs, which infect 2 million Americans each year.

McDonald’s is one of many restaurants that serve meat raised with antibiotics, but they are also one of the largest, providing food for 1 percent of the global population each day. If McDonald’s switched to meat raised without antibiotics, it would be the equivalent of banning antibiotics in meat production in a small country. The company could lead the way for meat producers and other food giants to start thinking about changing their practices too.

In turn, those notorious golden arches could be an agent of positive change, and their public image could be changed for good.

And if they do the switch, I would start eating there again!