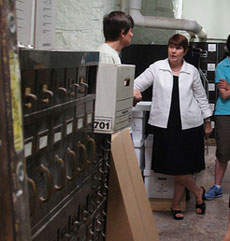 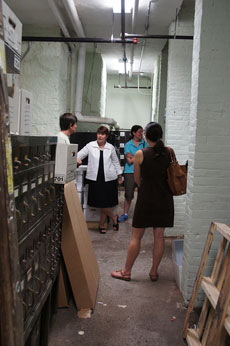 The minutes were not available online previously – just by inquiry to the clerk’s office, and a single public copy was available for one week only at each council meeting where minutes were approved.

This reporter has made minutes from 2013 to present available via Twitter. Typically the clerk’s office prepares final minutes within a few weeks of each council meeting. The law requires existing minutes to be provided to the public within 10 days of a request, but allows the city to furnish draft minutes if it has not completed final ones.

Current council minutes are a detailed record of a meeting, summarizing the remarks of each councillor on each agenda item. Before the summer of 2013, the minutes were much more abbreviated, limited primarily to a record of votes and public comment.

An opinion from the Attorney General’s Division of Open Government changed that. In the June 4, 2013, opinion, Assistant Attorney General Hanne Rush found that “the council’s meeting minutes were not sufficient for purposes of the Open Meeting Law” and that “minutes should contain enough detail and accuracy so that a member of the public who did not attend the meeting could read the minutes and have a clear understanding of what occurred.” The opinion was a response to an Open Meeting Law complaint filed by resident Tom Stohlman, and it found that the council deliberated improperly outside of a public meeting during the 2012 appointment of City Manager Richard C. Rossi.

Rush wrote that “Apart from the ‘Public Comments’ section, the minutes of the council’s Dec. 3, 2012, meeting do not include any summary of the meeting discussion or otherwise provide an explanation of how the council reached a decision regarding any item on the agenda.” She ordered the city to revise the Dec. 3 minutes, and subsequently the clerk’s office has produced minutes consistent with that order.

Getting the minutes online has been the work of Paul Creedon, who was hired by the clerk’s office last year. Creedon said he would continue to post the minutes online, and that in the future it would be possible to subscribe to an RSS feed of the minutes to find out automatically when minutes are posted.

Getting historical minutes online was “in the works,” Creedon said, but “we want to approach [them] with some care.”

Part of the delay has been the software that the clerk’s office uses to manage council meetings, or the “council database” that runs its website, City Clerk Donna Lopez said. The software, provided by local firm Blue Note Technology, has been inflexible and difficult to change. The clerk’s office cannot add its own types of council items, nor can they publish minutes through that software. Handling the calendar section of meetings is particularly arduous, Lopez said. Also, to enter policy orders, councillors and staff members have to email them to clerk’s office staff, who re-enter them; councillors cannot enter policy orders directly into the system of record.

The current approach to minutes, as a list on a Web page, is viewed as an interim measure. “It’s not the prettiest thing in the world,” Creedon said. But it works.

Lopez said she hoped to revamp the council website with more modern software in the near future. She cited Somerville’s deployment of software from Accela. Creedon said it was “far too early in the process to discuss specific vendors or their price tags.”