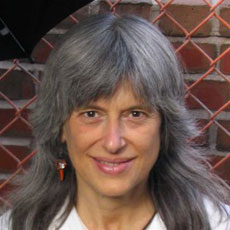 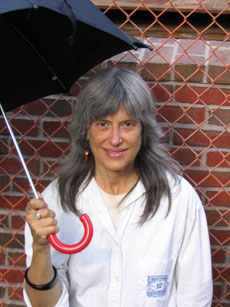 The victim of a Wednesday bicycle accident has been identified as Marcia Deihl, 65, a local singer/songwriter and political activist.

A fatal bicycle accident Wednesday afternoon on Putnam Avenue between River and Pleasant streets is being investigated by officers from Cambridge and state police, along with the Middlesex County District Attorney’s Office.

The victim’s name was withheld until next of kin were told of her death, but late Wednesday social and traditional media identified her as Marcia Deihl, 65, a singer/songwriter and political activist.

Deihl was recently retired as a 30-year employee of Harvard’s Tozzer Library after a long and active history as in cultural and political life – co-founding the Boston Bisexual Women’s Network, sharing a stage with Pete Seeger and notorious as “a convener of Bizarre Song Parties,” as a friend recalled on Deihl’s Facebook page. She had a bachelor’s degree in music history and education from Boston University, a master’s degree in feminism and folk music from the Cambridge-Goddard School for Social Change and a certificate in publishing and communications from Harvard University, according to her website.

The accident took place at about 1:39 p.m., said Jeremy Warnick, director of communications and media relations for Cambridge police.

Police found Deihl unconscious with obvious injuries, Warnick said, and within moments she was pronounced dead after succumbing to the injuries.

The driver of the container truck believed to have hit her stayed at the scene and the driver is cooperating with investigators. No charges have been filed at this time, Warnick said. 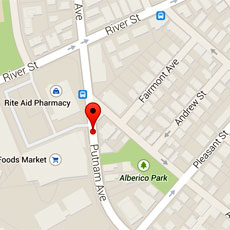 A bicycling hazard index created by Salem State University student Robert Ainslie in December 2011 found that section of Cambridgeport a  “high moderate” risk for bicyclists. The area has an entrance to Alberico Park on one side, but a Whole Foods Market and Rite Aid on the other.

Bicycle safety is a common conversation for city officials, with even city councillors testifying regularly to the nervousness they feel when biking and recounting injuries suffered by themselves and their families.

Bicycling in Cambridge tripled between 2002 and 2012, according to city and Census data, and between 7 percent and 9 percent of residents bike to work, the Community Development Department says, putting Cambridge in the U.S. top five for big-city bicycle use.

An analysis by Next City showed some results of that: “There was a 136 percent rise in bike crashes between 2004 and 2012, from 91 to 215,” said the October report by Sarah Goodyear, continuing:

The rate of crashes, however, has gone down by nearly 30 percent – from 19.6 crashes per million bicycle miles traveled in 2004 to 13.8 in 2012, the city’s analysis shows (only 5 percent of Cambridge crash injuries were reported as “incapacitating,” and in 18 percent the rider reported no injury).