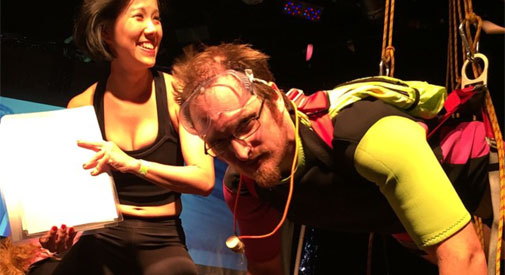 A Musical Feast at 7:30 p.m. Friday at the Friends Meeting House, 5 Longfellow Park, near Harvard Square. Suggested donations are $10 to $20 at the door.

This evening of inspired, eclectic and participatory original music includes performances by Petaluma Vale & Friends (including Valerie Thompson on cello, Alison Blake on harp and special appearances by Mary Bichner and Tony Leva) at 7:30 p.m.; Malika Salazar at 8 p.m.; Fendrick & Peck (visiting from Nashville) at 8:30 p.m.; and Abraham & Halima at 9:30 p.m. Information is here. 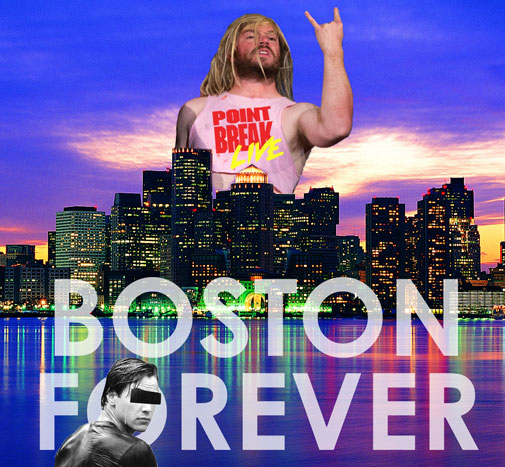 This stage show by Jaime Keeling arrives in Cambridge just in time to catch the wave of excitement from the release of a trailer for a remake of the ridiculous 1991 action film “Point Break.” In the testosterone-heavy, unintentionally funny film, FBI agent Johnny Utah is abused by the bureau, hazed by the L.A. surf community and bromanced by the wave-catching criminal Bodhisattva. What really makes this punk parody work is that the role of Utah is performed by an audience member selected in an impromptu “Are U Keanu?” contest, with lines provided via cue card from a production assistant who is also the character’s stunt double. Sometimes credited as the first-ever “reality play,” this comedic production has been enjoyed by stars of the original movie Lori Petty, Gary Busey and even Keanu Reeves himself since its Seattle premiere in 2003 and stint as longest-running show in Los Angeles and Hollywood, where it opened in 2007. Information is here. 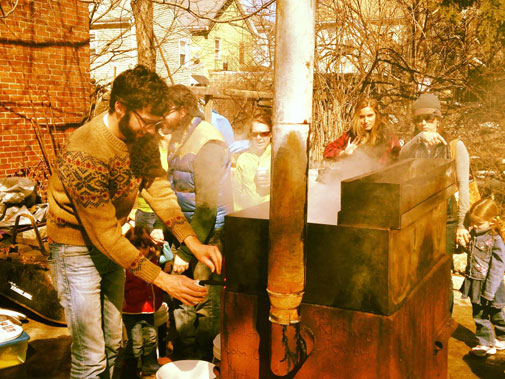 Aeronaut Brewery’s maple syrup celebration marks a tough, cold winter with less local syrup yield than usual (it’s usually sold by the bottle, but this year there’s not enough) by using as much of the stuff as possible in two hours – poured over waffles and in a glass of Maple Beer, also known as triple maple brown ale because it is made with maple sap in place of water and malts smoked over maple wood and then aged on maple. The money raised will help support next year’s Maple Syrup Project and education for second-graders across the city. Information is here. 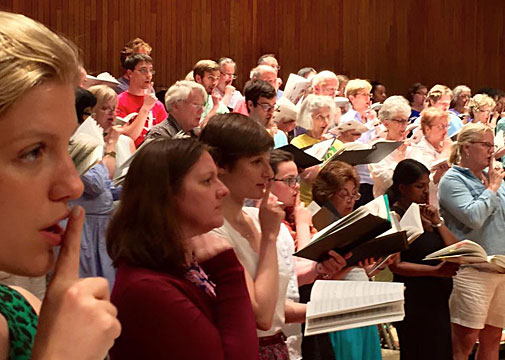 Cambridge Community Chorus Spring Concert at 8 p.m. Saturday at the Massachusetts Institute of Technology’s Kresge Auditorium, 48 Massachusetts Ave. Tickets are $25 general admission or $15 for students and seniors, with all tickets held at will call.

Cambridge Community Chorus and guests the Worcester Children’s Chorus and instrumental ensemble are led by music director Pamela Mindell in presenting Karl Jenkins’ 2011 oratorio “The Peacemakers,” which sets the words of “messengers of peace” including Gandhi, Nelson Mandela, Mother Teresa, the Dalai Lama and Anne Frank to music meant to evoke a range of traditions, from monastic chants to the blues. (Jenkins has written that the piece can be summed up in one line from Rumi, the 13th century Persian poet: “All religions, all singing one song: Peace be with you.”) Also to be performed: the serene Russian “We Hymn Thee” from the Liturgy of St. John Chrysostom, Opus 31, by Sergei Rachmaninoff; and “Te Quiero” (in Spanish, “I adore you”) by Argentine composer Alberto Favero. Information is here.

Even though Patrick Watson (a band named after the guy who leads it) has been performing and recording for nearly a decade, including contributions to “Grey’s Anatomy,” “So You Think You Can Dance” and Wim Wenders’ new drama with James Franco and Rachel McAdams, “Every Thing Will Be Fine,” there are plenty of people here for whom the name will draw a blank.

Well, he’s Canadian. That explains a lot. But it unexplains a lot of that to learn that Patrick Watson won the Polaris Music Prize – for the best full-length album made in Canada in a year, period – all the way back in 2007 by beating nine other nominees that included the way better known Feist and Arcade Fire.

The music of Patrick Watson is serene and ethereal, and it arrives on a bill with Providence, R.I., indie-folk band The Low Anthem, whose poignancy and bombast will surely get your heart beating faster and louder.