‘The Wolfpack’: Locked away to stay safe, learning of life from Hollywood violence 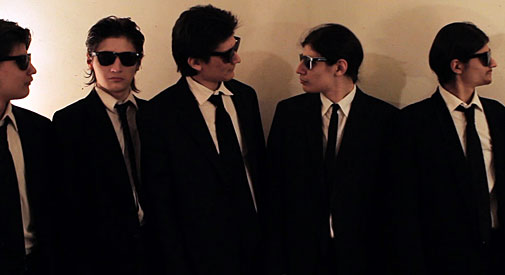 ‘The Wolfpack’: Locked away to stay safe, learning of life from Hollywood violence

Crystal Moselle’s intrigue documentary “The Wolfpack” follows the secluded lives of the six Angulo brothers, who were raised in relative isolation – never leaving their small Lower East Side apartment in Manhattan – for nearly 17 years. Homeschooled and without access to the Internet, the boys drank in such modern crime classics as “The Godfather,” “Reservoir Dogs” and the “Dark Knight” films and recreated them, transforming their claustrophobic confines into a sound stage of sorts. 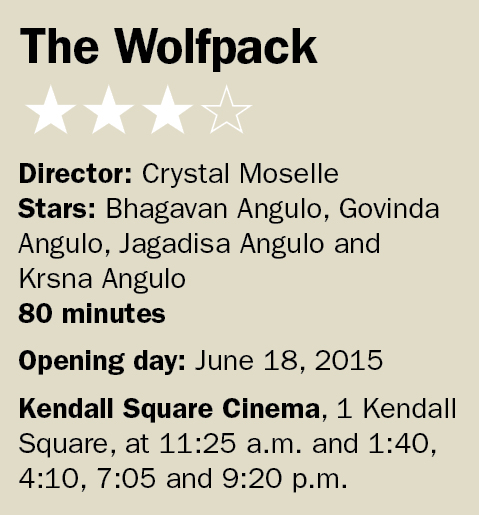 The roots for the documentary go back to when Moselle ran into the boys, a.k.a. the Wolfpack, on the street, caught by their eye-catching long hair (down to their waists) and demeanor. What unfolds is talking heads and recreations looking back to their early childhood, when the boys were kept under lock and key. Their father, Oscar, a Hare Krishna who met their mother, Susan, in his native Peru, blessed all his offspring with uber-long Sanskrit names. As a patriarch and a man, Oscar’s more hippie than overbearing despot, but his logic – to lock the boys within the plastered walls of a tenement apartment in the projects to keep them safe from outside harm and violence lurking in the streets – seems odd given the blood-soaked nature of their cinematic diet.

Surprisingly, the boys are all reflective, polite and articulate, and tinged with varying degrees of disdain for a father who ran the family as something of a cult colony – “our own race,” one of the boys says – where his law was long taken as God’s law. You don’t meet Oscar for most of the movie, but when you do it’s a bit of a letdown, given he’s a nonworking, rather unintimidating alcoholic whose great plan was to accrue money in New York and move the brood to Scandinavia where he felt the state would provide a better quality of life. Then there’s Susan, seemingly intelligent and caring, yet complicit. She’s on camera much more more than Oscar. Her big moment comes when she calls her 88-year-old mother, with whom she had not spoken in decades, largely because Oscar forbade it.

There’s a tipping point when one of the elder boys finally walks out on his own – wearing a Michael Myers mask, no less. As tensions in the apartment rise, the film ends on a note of promise and change. But given the enigmatic journey, there feels like some things go undivulged or unexplored, like the Angulo’s sister, who is mentioned as being “special” but is seen only in home movie footage. Then there’s the odd calm when Oscar and the boys are in the same room, starkly juxtaposed with their harshly rebuking him on camera for restraining them. The compelling quality of Moselle’s exploration get a great boost from the motion-creating editing and frenetic metal score, not to mention her caring touch. Perhaps her her objective lens got fogged.