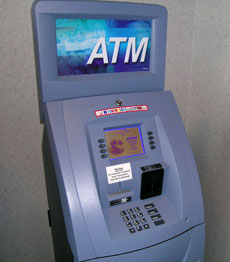 An alert about a rise in ATM scams was approved unanimously Monday by the City Council, but one councillor might have wanted to vote it in twice.

The advice would have been helpful two weeks ago, as “even freshman city councillors” can fall prey to the schemes, said councillor Marc McGovern, explaining ruefully that when he went to pay his bills recently, he discovered his bank account was empty – and had been spent by someone at a Macy’s in Providence, R.I.

“It’s a little too late for me, but thank you,” McGovern said to councillor Tim Toomey, who introduced the policy order to warn residents about a recent surge in the use of automated teller “skimming” devices. The official nature of the order might make it easier for victims to get recognition through police reports and get their money back, McGovern said.

Skimmers are illegal devices installed where credit and debit cards are used and number codes are entered, often at a bank where people go to take money from automated tellers. They’re “usually undetectable by ATM users,” police said in a June 5 press release. After one is installed it “secretly records bank account data when the user inserts an ATM card into the machine or an ATM door card reader. Criminals can then encode the stolen data onto a blank card and use it to steal from the customer’s bank account.”

Special attention has been put on automated tellers recently by Cambridge Police patrol officers, particularly during hours banks are closed, police said, and police and their Investigations Unit are working with local banks and educating regional and branch managers about the schemes.

“If an ATM appears to have been tampered with, please report it right away to the local bank and the police,” Detective Brian O’Connor said. “Additionally, we advise that bank customers stay vigilant with their balances and account information.”

There was a similar alert early last year, when police spotted at least seven instances between November 2013 and January 2014 in which thieves used skimmers at a bank to capture account information. The bank was informed of this activity only in late March, police said, as a group of criminals suspected of being involved in the scheme extracted an undisclosed amount of cash from the compromised accounts in New York City. 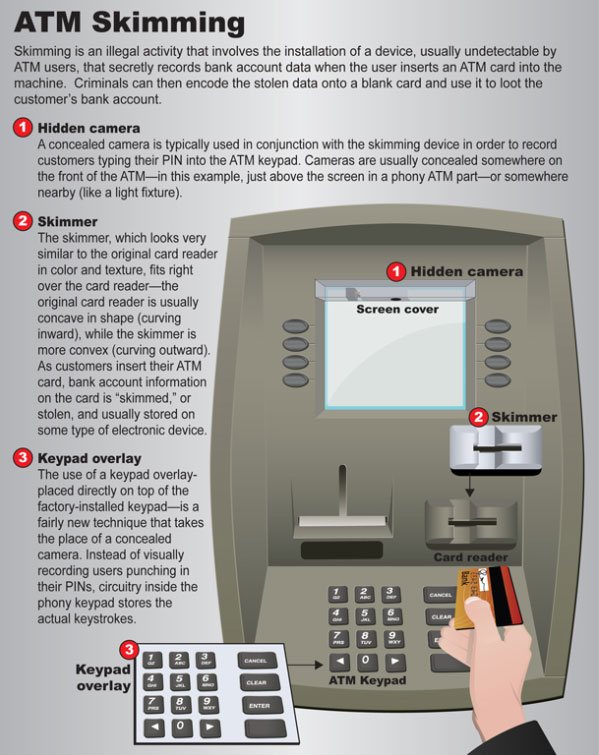 The Federal Bureau of Investigation shared the graphic above to explain how skimmers work, and Police suggested following these five tips to help avoid falling victim to them:

Inspect automated tellers, gas pumps or credit card readers before using them. Be suspicious if you see anything loose, crooked, damaged or if you notice scratches or tape residue.

When entering your number code, block the keypad with your other hand to prevent possible hidden cameras from recording your number.

If possible, use an automated teller at an inside location.

Be careful of automated tellers in tourist areas, as they tend to be popular targets of skimmers.

If your ATM card is not returned after a transaction or after hitting cancel, contact the financial institution that issued the card immediately.

If citizens are suspicious or experience this type of activity, they are encouraged to report it to the Cambridge Police Department immediately by calling (617) 349-3300.