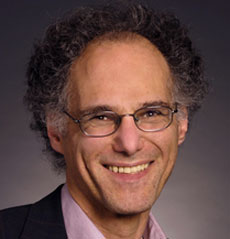 Legal risk cited for fees equal to impact, but basis is unclear
By Marc Levy 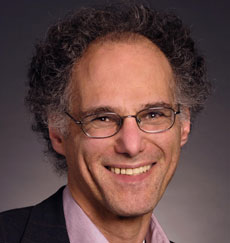 Keeping the cost of living in Cambridge affordable was explored this week by city officials in ways big and small, including the possibility of rewarding landlords who didn’t squeeze tenants for higher and higher rents every year and the question of how much money to demand of big developers per square foot of construction.

City councillor E. Denise Simmons’ idea of a kind of voluntary, ad hoc and incentive-based rent control – a real rent control law lasted in Cambridge from 1970 to 1994, but was killed by a razor-thin margin in a statewide vote – is not original; councillor Tim Toomey explored tax breaks for benevolent landlords and was told by city staff in February that the idea was “difficult to administer.”

The annual collection and testing of rent data would be a strain, city officials said, and it could lead to landlords neglecting maintenance and repairs.

Still, Simmons’ order for the city to examine the idea of incentives was passed unanimously Monday by the council, with a few members urging creative thinking to encourage a way to keep the city affordable to lower-income residents and families being rapidly squeezed out in a white-hot real estate market.

“It’s an important idea,” said councillor Nadeem Mazen, explaining that he has been exploring a progressive real estate tax with city staff that would complement landlord incentives.

The council also inched forward on so-called linkage fees from incentive zoning, which extracts a dollar amount per square foot of some development and puts it into the city’s Affordable Housing Trust to build or and preserve lower-cost housing units. Another order by Simmons asked city planners to report back on council ideas from a July 14 meeting, including adding large renovation projects to the list of development that would fall under the linkage rules, rather than just new construction.

The Community Development Department’s current version of a linkage formula adds only Planning Board recommendations from a week after the council’s meeting, but Iram Farooq, the planners’ interim head, said the councillors would see their own questions and ideas addressed before their next meeting, Sept. 21. Councillors are signaling a fee of $12, then an additional dollar increase plus inflation over the coming three years.

The money is intended to offset the effect of development, which displaces people by raising land values, and Cambridge has been in a years-long construction boom.

The last time the rate was set – at $3 per square foot – was in 1988, and it has risen minimally in the past 27 years only because it’s recalculated to reflect incremental growth in the consumer price index. City law says the linkage fee is supposed to be reassessed every three years, but it hasn’t been, and a 2002 suggestion to hike the rate to $7.83 died in a committee led by Mayor David Maher.

A new “nexus” study suggests that Cambridge linkage fees be set at $10 to $12 per square foot for more kinds of development, and on Monday, councillors debated whether even the $12 rate was enough. The actual per-square-foot impact of the coming development is set at $24.30, or more than five times the current rate, in the study by Karl F. Seidman Consulting Services, but Seidman said linkage of less than half that made sense “in recognition of the impact that adoption of the maximum determined contribution rate could have on Cambridge’s regional competitiveness.”

“We’re the most attractive real estate market in the region, bar none, and we should be the highest number,” Mazen said, noting that Boston is considering a higher linkage rate. “I’m for $24. I still can’t believe sometimes that we’re going to put the fear that we’re going to lose commercial development someday ahead of the reality that we need higher linkage rates and more affordable housing now.”

“I actually don’t think we’ll lose an iota of commercial interest … I just don’t agree that this is a gamble,” Mazen said, echoing previous nexus study findings that, based on interviews with local developers, “the cost of the incentive zoning contribution plays only a small role in development decisions.”

He erred in saying Seidman recommended a $24 rate, though, which councillor Marc McGovern pointed out, saying that scaring off development was “gambling with people’s homes and lives” – although the very essence of linkage is to compensate for development, and the linkage rate is about half the calculated impact; if development went elsewhere because of high linkage rates, there would be less need to compensate for it.

“The reality is, we took the highest recommendation – they recommended $10 to $12 and we took $12 and added an extra dollar plus inflation for the next three years, which will triple this figure in three years … this is going to generate millions more dollars,” McGovern said. By then another nexus study will be done, and “we will reassess [the rate]. We’re going to be doing these assessments automatically. It’s not going to take a council vote, it’s not going to take a council initiative, we’re not going to go back to the days of waiting two decades before this gets reevaluated.”

“It’s forcing the city to deal with this and move forward every three years,” McGovern said.

Farooq and two councillors, Simmons and Craig Kelley, also referred to the lower rate as legally defensible and a rate as high as $24 as putting the city in jeopardy of a legal challenge by a developer. There have been such legal challenges in the past couple of years in San Diego and Seattle, though based mainly on state law.

There’s no obvious basis for the argument that $24 per square foot is legally dangerous in Cambridge but $12 per square foot isn’t. A Supreme Court decision two years ago said merely that “the government must show that there is a nexus and rough proportionality between its demand on the landowner and the effects of the proposed land use,” in the words of Scotusblog recapper Tejinder Singh, and the Seidman study draws that nexus before making a market-based suggestion to halve it to protect against losing a competitive advantage.