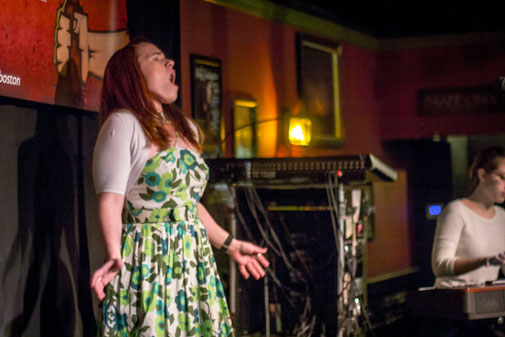 “Thought Bomb” is back – that long-running variety show hosted by Matthew Flynn in which “eccentric writers, stand-up comics, illustrators, etc. get the chance to perform a story and then do a karaoke song with the aid of a live band,” and this time that means Kevin Meaney (the standup many remember as the television version of “Uncle Buck”), Aparna Nancherla (who killed at the Women in Comedy Festival here in April), Joyce Brabner (the graphic novelist and activist some may have “met” as the wife of the late Harvey Pekar in “American Splendor”) and Christine An (both a local standup comic and a writer and illustrator of comics). The live music is by Sleep Crimes. Information is here. 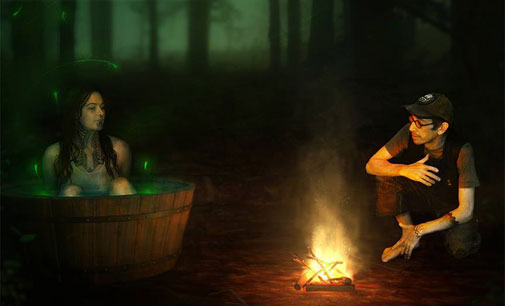 This sui generis band – yet another local group whose musical mission is nearly impossible to describe without breaking the hyphen on your keyboard – plays an all-new set Saturday, giving a peek at a forthcoming four-album release called “æther” to be released in October. If this sounds exciting, a description of what vocalist Holly Brewer and multi-instrumentalist and vocalist Matthew McNiss do (with a rotating band of players) is probably redundant, but: Most of the songs are about the action in a fictional land called Vinland, and it’s described variously as “a gutter-circus-folk sound”; “Gypsy/Steampunk/Rock”; or “punk vaudeville” with “surreal carnival songs.” Whatever it’s called, Humanwine is one the most exciting contributors to the soundtrack of living in Cambridge and Somerville. Information is here.

Massachusetts Independent Film Festival on Friday and Saturday at The Brattle Theatre, 40 Brattle St., Harvard Square. Tickets are $10 in advance or $12 at the door.

The Massachusetts Independent Film Festival, launched in 2011, continues to cast a wide net – it  calls for regional, national and international independent filmmakers with short or feature-length narrative films, documentaries and animated works, as well as screenplays. After a Wednesday-Thursday run in Somerville’s Davis Square, the action shifts to The Brattle in Harvard Square with impressive range, from the horrors of “Voluntary Paralysis” and “Postpartum” to the delights of the documentary “Who Did It? The Clue VCR Game,” a look at a future of gaming technology that was undone by the arrival of Nintendo and Sega arcade consoles. Information is here.

The Opera on Tap singers brings this most highfalutin’ music of music down to the local level –   in bars, restaurants, art galleries or outdoor parks, for instance, and that includes themed events the last Sunday of every month at The Burren. It starts with Sunday’s Western-themed “The Good, the Bad, and the Ugly of Opera” (and continues in September with an Oktoberfest kickoff party before October’s day is used for Halloween brunch) and doesn’t include just opera, but jazz standards and songs from musicals as well. The singers “let down their hair and give the audience a taste of what feels like an after-hours backstage party,” local co-directors Kathryn McKellar and Abby Krawson said. Their mission: “to break down the stereotype that opera is a stuffy or elitist art form.” Information is here. 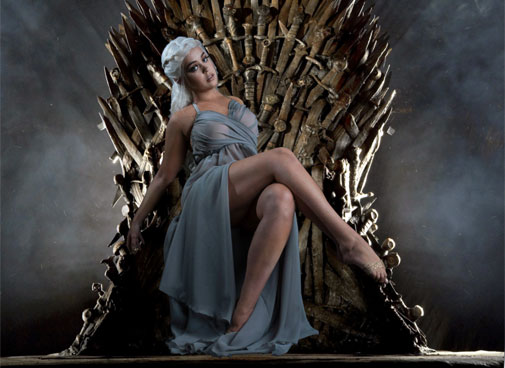 Blacklist Burlesque, the crew behind this 21-plus burlesque tribute to “Game of Thrones,” say their traveling teasing has been blessed by series author George R. R. Martin himself. Put together last year, the show has toured the Mid-Atlantic extensively and finally arrives in Massachusetts. Host Ego Von Hubris will bring on Bella La Blanc, Bree MaDonna, Dante the Inferno, Lily Liqueur, Moxie LaBouche, Ray Bullock, Xander Lovecraft and Cherie Sweetbottom but says “No one will be seated during the harrowing Mountain vs. Red Viper duel sequence.” Information is here.