With new uncertainty over death of baby, state drops case against nanny from 2013 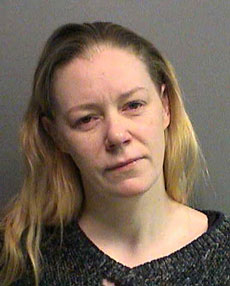 With new uncertainty over death of baby, state drops case against nanny from 2013

Aisling McCarthy Brady, 34, of Quincy, in a police photo after her arrest in 2013.

The state cannot meet its burden of proof and has decided not to prosecute Aisling Brady McCarthy, who was accused of murdering a 1-year-old girl she was looking after in West Cambridge, Middlesex District Attorney Marian Ryan said Monday.

The child may have fallen victim to the symptoms of von Willebrand disease, making her prone to bleeding with relatively minor trauma – possibly dying from accidental injury or “a result of an undefined natural disease,” said the office of Medical Examiner Henry M. Nields.

The state filed what’s called a Nolle Prosequi for McCarthy, 37, of Quincy, who was indicted by a Middlesex County grand jury in 2013.

“Based on an assessment of the present state of the evidence, including the amended ruling from the medical examiner who performed the autopsy, the commonwealth cannot meet its burden of proof,” Ryan said.

According to authorities, on Jan. 14 at about 4:41 p.m., Cambridge Police went to Ash Street, west of Harvard Square, on a call about an unresponsive infant. The child was found to be breathing but unconscious and was taken to Children’s Hospital in Boston, where she was found to be suffering from subdural and retinal hemorrhaging and cerebral swelling. Doctors also saw multiple healing bone fractures. Two days later, the child, Rehma Sabir, was pronounced brain dead and died.

The medical examiner conducted an autopsy and ruled that the cause of death was complications of blunt force head injuries, and the manner of death was homicide.

It is alleged that Rehma had been in the care of Brady, her nanny. Through their investigation, including interviews with witnesses, police determined that the defendant had sole custody of and contact with the child during the time she sustained injuries consistent with abusive head trauma.

But on Thursday, the Middlesex District Attorney’s Office was told the medical examiner who conducted the autopsy was issuing an amended ruling, changing the cause and manner of death to “complications of subdural hemorrhage of uncertain etiology” and the manner of death to “undetermined”:

“After review of additional materials, including expert witness reports from the defense and prosecution, additional transcripts of police interviews, transcripts of grand jury testimony, additional medical records, [Department of Children and Families] reports, and additional laboratory testing related to the death of Rehma Sabir, a decision has been made to change the cause and manner of death.

“These additional materials put forth several different and often conflicting opinions about the cause of Rehma’s death. While I do not agree with all of the conclusions that are drawn by the various experts, they do present a significant amount of additional information that was not available to me prior to reaching my original conclusion about the cause and manner of death in this case. In particular, the overall state of Rehma’s health and her past medical issues raise the possibility that she had some type of disorder that was not able to be completely diagnosed prior to her death. Review of Rehma’s coagulation and hematology testing, her history of bruising, the NIH guidelines for diagnosis of von Willebrand disease, and literature on the subject suggest to me that Rehma’s low von Willebrand factor could have made her prone to easy bleeding with relatively minor trauma. Given these uncertainties, I am no longer convinced that the subdural hemorrhage in this case could only have been caused by abusive/inflicted head trauma, and I can no longer rule the manner of death as a homicide. I believe that enough evidence has been presented to raise the possibility that the bleeding could have been related to an accidental injury in a child with a bleeding risk or possibly could have even been a result of an undefined natural disease. As such I am amending the cause and manner of death to reflect this uncertainty.”

Media looking into Brady found accusations of violence, including restraining orders issued against her in 2005 and March and an arrest in 2007 in which she was accused of beating her roommate. Both women were arrested, though, and the charge against Brady was dismissed.

She arrived from Ireland in 2002 as a tourist allowed to stay up to 90 days, Immigration and Customs Enforcement officials said late Tuesday, meaning she has been living illegally in the United States.

As long ago as January 2013, defense lawyer Melinda Thompson suggested there could other causes for Rehma’s injuries, though, pointing to the baby’s recent travels to Pakistan, Saudi Arabia and London without Brady.