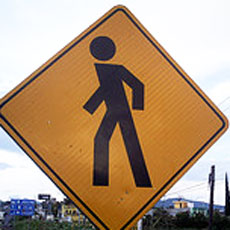 From city councillors Nadeem Mazen, Dennis Carlone and City Council candidates Mariko Davidson, Jan Devereux and John Sanzone, Sept. 1, 2015: Cambridge resident Dr. Anita Kurmann died Aug. 9 while biking to work at Beth Israel Deaconess Medical Center. Her tragic death was no “accident.” Kurmann was struck at an intersection long known to be lethal for cyclists and pedestrians, and it is only a matter of time before another preventable tragedy happens at one of several equally dangerous intersections in Cambridge. Instead of blaming either the drivers or the victims, we must admit that many of our streets are accidents waiting to happen. We must summon the political will to implement multidisciplinary strategies to prevent fatalities and severe injuries on our streets.

A first step would be the adoption of Vision Zero, a program first enacted by New York Mayor Bill De Blasio. Most recently, Vision Zero has been adopted by Boston, Seattle, San Diego and Washington, D.C., and is under consideration in Chicago, Denver, Philadelphia and Pittsburgh. As Cambridge city councillors and candidates, we advocate that Cambridge join the growing list of Vision Zero cities.

We believe engineering is primary, as no amount of education or enforcement can increase the safety of a street whose design is inherently unsafe for people who walk and bike to share with people who drive. We also believe the default speed limit should be reduced from 30 miles per hour to 25 citywide, and select travel lanes should be narrowed to deter speeding and create more space for protected bike lanes. Safer streets will encourage more people of all ages to walk and cycle more often, reducing auto congestion, emissions and the potential for fatal crashes.

This year alone, Cambridge lost two talented women to bike accidents. (In addition to Kurmann, songwriter and activist Marcia Diehl was struck by a truck on Putnam Avenue in March.) Until we face up to our collective responsibility and demand that our leaders implement safety measures that have become standard in more forward-thinking cities and countries, we will have only ourselves to blame the next time a tragic accident takes place here. Adoption of Vision Zero is a first, yet important, step for Cambridge to demonstrate its commitment to greater street safety for everyone, whether they choose to walk, bike or drive.