Shooting reported by police near Kendall; MIT locks down, but incident was brief 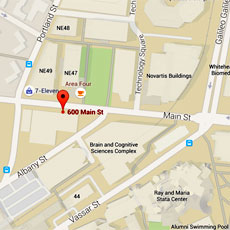 Shooting reported by police near Kendall; MIT locks down, but incident was brief

Police said they were investigating a 4:24 p.m. Sunday shooting on Portland Street that left one victim with non-life-threatening injuries – an incident first thought to be on the Massachusetts Institute of Technology campus.

As the 23rd Annual Cambridge Carnival International Festival and Parade wended its way through Central Square on its way to Kendall Square, bringing street closings with it, shots were reported at 4:24 p.m., along with reports of a white car speeding down Portland Street, across Main and toward Vassar, carrying two or three suspects in the shooting.

The city’s ShotSpotter technology didn’t pick up the shots, according to scanner reports, possibly because the area of the shots was out of range.

The victim waited on Main Street, with Boston Herald reporter Andrew J. Schneider tweeting that “one witness says the women looks like she is in stable condition.” Police later identified the woman as a 25-year-old from Roxbury who had been shot in the leg. She was taken to a Boston area hospital, said Jeremy Warnick, director of communications and media relations for Cambridge police.

“Because of the number of public safety personnel already in the vicinity due to the Carnival, the victim received immediate medical attention from Cambridge Fire Paramedics, and the Cambridge Police began combing the area for the suspect,” Warnick said.

Shortly after 4:30 p.m., MIT police reported there was an “active shooter” on campus and people students should evacuate or seek shelter, locking and barricading their doors – but just as quickly came corrections from various sources that the shooter was not on campus.

By 5:30 p.m., the area around Portland and Main was clearing, with officers in police cruisers returning to their other patrol duties. The festival went on in Kendall Square, scheduled with events for another hour.