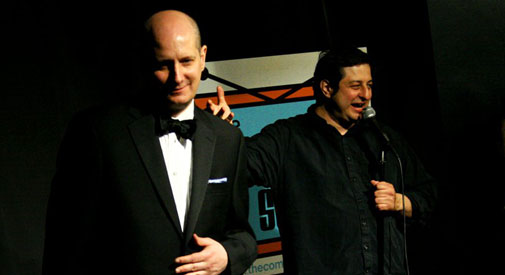 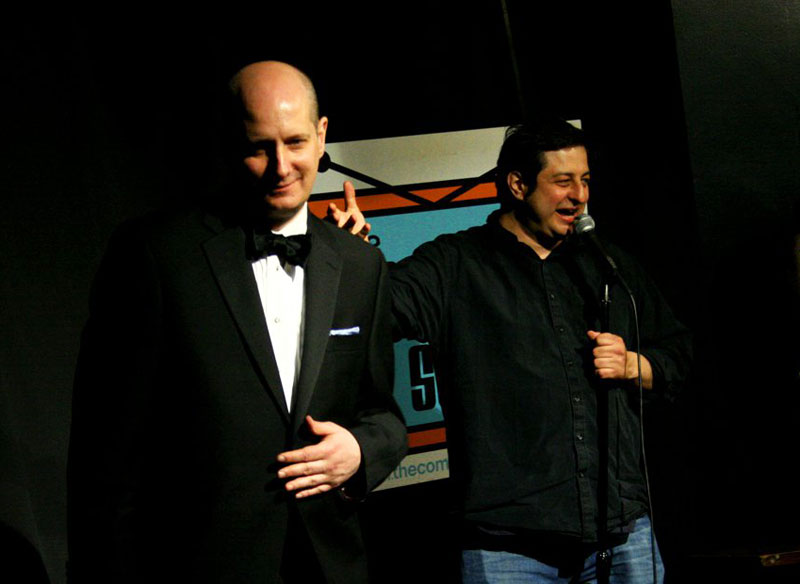 The Comedy Studio’s 20th year in an attic over Harvard Square brings some change, taking steps toward maturing its comedic anarchy.

The club, which sets up every night but Monday atop the Hong Kong restaurant, has helped launch the careers of Eugene Mirman, Louis C.K., Mike Birbiglia, Jen Kirkman and Gary Gulman, as well as rising comics such as Joe Wong, Mehran Khaghani and Myq Kaplan. Still other Comedy Studio alums have prominent roles in media as well as onstage: Baratunde Thurston, a new correspondent on Noah Trevor’s “Daily Show”; Brendon Small, creator of Comedy Central’s “Home Movies” and “Metalocalypse”; and Josh Gondelman, a Web producer for John Oliver’s “Last Week Tonight” whose writing appears in The New York Times and New York magazine.

And each one of those people worked for free.

Comedy Studio impresario Rick Jenkins said his weekend performers – Fridays and Saturdays are the most popular and packed nights at the club, each packing in seven or eight experienced performers doing 10-minute sets – will be paid for their time.

In part, that’s because weekend ticket prices are rising to $15 after at least a decade of Jenkins holding the line at $10.

“Before it was all comics just doing short sets for experience and to help build the club. My feeling was always that the goal of the club is based more on community – giving the audience a decent price and giving the comedians a good audience. So it was in the best interest to keep prices as low as possible,” Jenkins said Tuesday. “It’s gotten to the point that the [club] is doing so well that we can still keep the price reasonable, but it’s incumbent to share the wealth.”

Wednesdays and Sundays audiences will see a dozen performers (some less seasoned) doing five-minute sets, and Thursdays are becoming “The Comedy Studio Studio,” the theater’s showcase for more alternative and experimental comedy. (Tuesdays are turned over to The Mystery Lounge, the club’s magic night, with ticket prices that have already been raised to $15.) 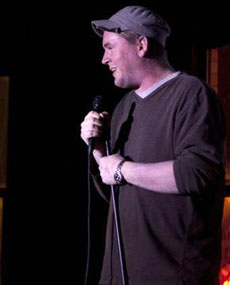 Comedian Rick Canavan has performed at the Studio for a decade.

Jenkins admitted some nervousness about the changes, but Rick Canavan, a comedian who has performed for free at the Studio for a decade – and now books its Friday nights – expects good things.

“Everyone’s been working for free every night, and that’s because the audiences are great, the stage time is definitely worth it and a lot of us buy into Rick Jenkins’ vision,” Canavan said. But at some point, for some performers, that will mean “essentially turning down paid work to come in and play the Comedy Studio” for free.

The weekend pay could bring back a lot of comics, Canavan said. While there’s no real pay standard in comedy, based on experience at other clubs, Canavan said $50 for a 10-minute set could be considered somewhat generous – more like hosting pay for guest-spot time.

The Studio regularly fills its space, but the pay is a big step considering the club’s occasionally rocky ride and semi-regular loss of competitors. Jenkins can think of at least two times it looked like he’d never have to ask a retinue of young comics to help unfold the Hong Kong’s simple metal chairs for the night.

Each time, it was one of the Studio’s most famous and successful graduates who stepped in, coincidentally asking for use of the space to practice sets for a comedy album: Louis C.K.

“Louis kind of bailed us out – I still don’t know whether he knows that,” he said.

Jenkins also plans to start a benevolent association for comedians, an aspiration for as long as The Comedy Studio has been open. “Not a union, just a group with a couple dollars saved that can help out a bit when one of us has troubles,” he said.

He plans to reach out to fellow comedy club owners and possibly successful Studio alums, but the  reason it’s happening is because he finally has seed money to put in. (“It’s been – well, not a tough sell to some of the other people he wanted to get involved, but there was just no capital to get it off the ground,” as Canavan put it. “Being comedians, we don’t have pension plans. A lot of comedians don’t have life insurance. A lot are living day to day and getting a day job to just kind of pay the rent to do comedy. So when something hits them, there’s no hope, and this can add some degree of hope.”)

That’s not due solely to the success of the Studio. Jenkins’ brother, Christopher, died in April, leaving behind insurance money. “So I’m not taking any huge financial risks with all the changes in format and everything,” Jenkins said. “That gives me the safety net so that I can keep going if things don’t work out.”

The Comedy Studio has also long designated a monthly charity, with the host on any given night – often Jenkins, in signature suits with sneakers – encouraging audiences to drop a few bucks on the way out. In honor of his brother, Jenkins said he is matching every dollar contributed at September shows, up to $10,000, to the charity of the  month: Cradles to Crayons, which support 32,500 area children and preteens identified as needing winter clothing before the weather gets too bad. The Studio is also collecting hats, jackets and gloves for the kids.

“Christopher was always committed to doing good for the community, and this is a cool thing to do in his honor,” Jenkins said.

The actual 20-year anniversary of the Studio is the weekend of April 14-16, and Jenkins is working on other, more celebratory projects to mark the occasion. He’s gotten an early start on the kind of remarks he’ll likely be saying from the Studio’s small stage those nights.

“A huge thank you to all the comedians who have been playing the club over these 20 years – your success has made this possible … This year’s changes would not have been possible without every comedian, staff member and audience member,” Jenkins said in an emailed newsletter to the Studio community. “And a big thanks to my brother, Christopher.”

The Comedy Studio is at 1238 Massachusetts Ave., Harvard Square.