Employee bought $80,000 worth of stuff on card of $37B university, officials say 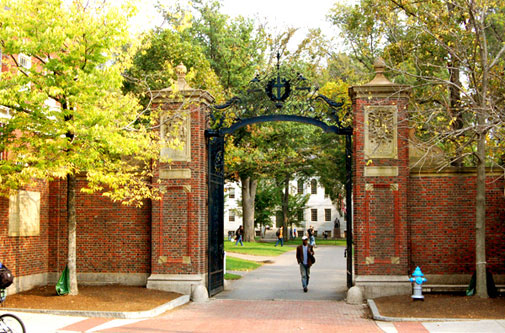 Employee bought $80,000 worth of stuff on card of $37B university, officials say

Officials are coming down hard on a Harvard University tech computer lab manager accused of using his school credit card to buy more than $80,000 worth of goodies over four years.

Shawn Bunn, 44, of Waltham, was arraigned Wednesday in Woburn Superior Court, where prosecutors said a review by Harvard University’s finance department “found hundreds of unauthorized purchases on the defendant’s Harvard credit card, and a search warrant executed by Harvard police on the his home and office allegedly yielded many of those items, including televisions, Lego sets, iPads, a table saw and a garbage disposal.”

A press release from the office of Middlesex County District Attorney Marian Ryan singles out that he bought “multiple Apple products through a university purchasing program that he billed to Harvard but appropriated for personal use.”

Bunn worked for Harvard University for 17 years and was issued a credit card to make purchases for a computer lab, according to Ryan’s office. He was required to submit a receipt for all purchases over $75 and explain the nature of the purchase, “as well as the applicability of the acquired item to his division,” but apparently submitted false receipts.

The official charges are of larceny, false entry in corporate books and uttering of forged documents. Clerk Magistrate Michael Sullivan released Bunn on his own recognizance after a fitting with an electronic monitoring bracelet. He is subject to a curfew from 9 p.m. to 7 a.m and is prohibited from leaving the state without the permission of the court. The next scheduled hearing in this case is Oct. 28.

“This is a breach of trust by a school employee,” Ryan said, explaining that Bunn was accusing of “diverting resources from the students and faculty of Harvard University.”

Also this week, it was reported that Harvard’s endowment has hit an all-time high of $37.6 billion. The school also continues to draw large donations from wealthy alums such as John A. Paulson – whose work at Paulson & Co. shorting the housing market in the run-up to the Great Recession made a list of “History’s Six Biggest Wall Street Crimes.” In June he gave a $400 million endowment to the the university’s engineering and applied sciences school, changing its named to the Harvard John A. Paulson School of Engineering and Applied Sciences.