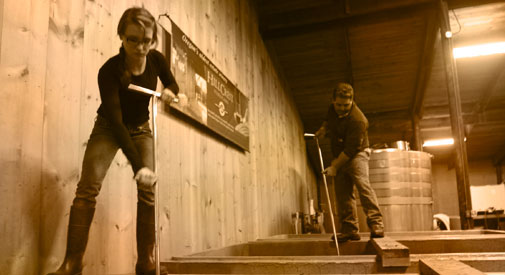 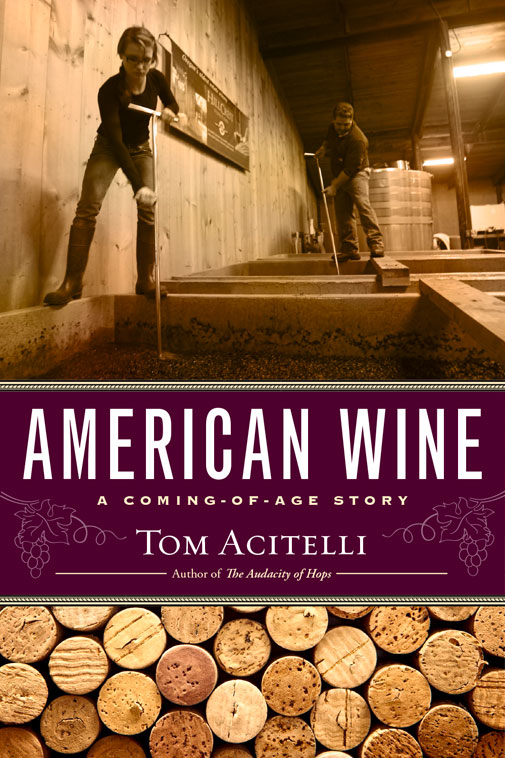 What Tom Acitelli did for beer in “The Audacity of Hops: The History of America’s Craft Beer Revolution” two years ago – explain how craft innovators turned around industry quality in a country dominated by products such as Coors and Bud – he now does for wine with “American Wine: A Coming-of-Age Story.”

Until the mid-1970s, the quality and reputation of U.S. wine was low, sodden with grape flavor concentrates with names such as Mega Purple and additives and preservatives such as Velcorin – which could also be found in soft drinks. Acitelli’s book shows how domestic wine makers came to take on French domination as well as a tendency toward pretension, all in vignettes of wine world turning points: Plumpjack’s reintroduction of the screwtop and subsequent testing for quality, for instance, or the French tour of the irreverent Fat Bastard line, which dared to market itself with branded baseball caps and condoms.

“Like a lot of people who come to wine fresh, I assumed that it was an opaque world difficult to comprehend and one, frankly, full of snobs. I was happy and relieved to discover that people in the industry, critics included, are generally forthcoming and fun,” Acitelli told Grape Collective this month. “I now think the snob aspect of wine, fine wine in particular, is unfair. It’s as accessible a world as my normal stomping grounds of craft beer.”

One of the book’s selling points, in fact, is that it’s not just the first book on the birth of the country’s fine wine industry, but fast-moving and free of off-putting jargon.

Kirkus calls the book a “tasty combination of commercial and culinary history,” and Larry Stone, owner of Lingua Franca Wines and director of Huneeus Vintners, calls it “thorough, accurate, and comprehensive but written with dramatic flair.”

Acitelli will be talking and signing copies of “American Wine: A Coming-of-Age Story” at 6:30 p.m. Tuesday at the Cambridge Main Library, 449 Broadway, Mid-Cambridge. Information is here.