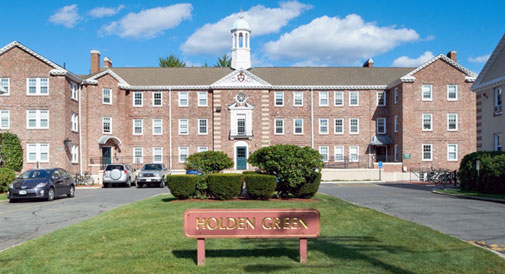 A female resident told police she’d been walking her dog at Holden Green, on the Cambridge-Somerville line near Beacon and Washington streets, at about 3:55 a.m. Friday when a minivan pulled in. 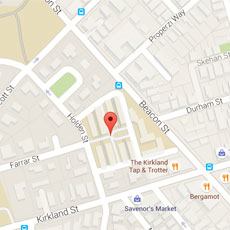 “The victim felt something wasn’t right and immediately started running toward her doorway,” said Steven G. Catalano, the Harvard University Police Department’s public information officer. “The unknown male ran after her, but she was able to get in the door and lock it.”

The offender banged on the door behind her. Then the banging went silent as he fled back to the van, which was driven away by an unseen person, Catalano said.

The man seen by the Holden Green resident was described as white and in his early 20s, about 6 feet tall with wide shoulders and a muscular build and short, cropped, light-colored hair, wearing a brown Carhartt work jacket.

The minivan was described as a dark-colored, older model, possibly green and from 2000-01, with a silver bumper. Its make was unknown.

People with information about the incidents are asked to call the Harvard University Police Department’s Criminal Investigation Division at (617) 495-1796.