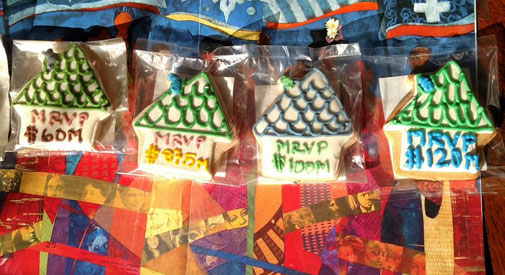 The Homes for Families charity makes its annual request for state funding Thursday with an honor for an elected official it identifies as a great champion of housing and homelessness issues. This year the honor – a giant cookie – goes to state Rep. Marjorie Decker, a Cambridge resident and former city councillor, organizers said.

The Massachusetts Rental Voucher Program was funded at $120 million in 1990 and didn’t make it through the decade before being cut, despite Massachusetts remaining among the most expensive states in the nation in which to live, said Libby Hayes, executive director of the nonprofit.

“The cost of rent has continued to skyrocket, while incomes have stagnated or decreased, causing a nationwide family homelessness crisis,” Hayes said. “Homes for Families, together with the Housing Solutions Campaign, is seeking full restoration of the program.”

In addition to honoring Decker on this marking of the annual Cookie Day, there will be testimony from families who have faced housing instability and homelessness, and each legislative office will get the group’s budget request of $120 million delivered with individual frosted house-shaped cookies – like Decker’s, made by bakers at the nonprofit Haley House in Boston’s South End and Roxbury neighborhoods.

Cookie Day takes place from 10 a.m. to noon Thursday, with a speaking program beginning at 10:30 a.m. in the Great Hall of Flags at the Massachusetts State House. The event is sponsored by the chairs of the Joint Committee on Housing, state Sen. Linda Dorcena Forry and state Rep. Kevin Honan.