Meet The Technoskeptic site the best way: At a real launch party, with lots of facetime 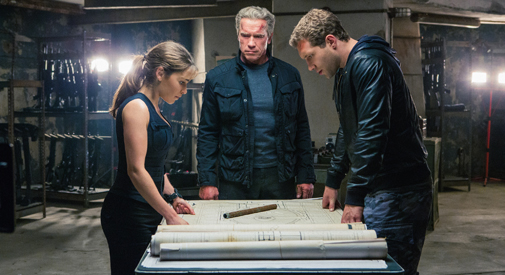 Meet The Technoskeptic site the best way: At a real launch party, with lots of facetime

A takedown on Spotify led off by a 96-hour Rick roll. A look at the Internet of Things from the guy who actually installs the tweeting toasters. Even a sounding of concerns about high-powered leaf blowers that discovers that “the landscapers are in bed with the powers that be.” And, of course, an article that comes right out and asks: “Is Facebook Evil?”

These are the concerns of The Technoskeptic, an online magazine that began collecting screeds and analyses (many with upsettingly clever headlines) in mid-2015 to explore our addiction to technology and urge better, more conscientious decision-making about adopting innovations “instead of blindly riding the wave of futurism.”

“We don’t hate technology. If that were true, we’d be walking to your house barefoot to deliver this,” says founder and publisher Mo Lotman, author of “Harvard Square, an Illustrated History Since 1950” and a former graphic designer, on the site. “But we approach it with caution.”

Lotman and his crew are prepping an open-to-all launch party for Tuesday evening in Somerville’s Davis Square. Along with an ArtsEmerson tickets raffle, free apps – that is, appetizers, not the things that go on smartphones – and music by the progressive bluegrass band OctoPladd, he welcomes anyone who is interested in learning more about the magazine and wants to build a thoughtful community. A party seems the right approach for a website that has a phone number where most sites put links to their social media presence. “Face-to-face is the best way,” Lotman says.

We talked with Lotman ahead of the launch party about his magazine and its, well, future. The conversation has been compressed and edited for publication.

What are your intentions for The Technoskeptic?

My intention is to grow the magazine into a community and clearinghouse for the best thinkers and writers who are in some way questioning or critical of particular technologies, including creating a space for new voices to flourish. I would like to be thought of as the go-to resource for a counter-narrative about tech, including hopefully, eventually, in the mainstream media. So that could mean me or other contributors becoming talking heads. I’m in negotiations to be doing something like that on a local radio program; I probably shouldn’t say more until things have been finalized. I’m also embarking on public speaking around this topic. I have an event at Emmanuel College on March 17 and I will be doing other events and panels, probably one at the Cambridge Innovation Center and at the Boston Public Library, among other places. Further down the road, if we can keep growing the subscription base, I’d love for us to take on sponsoring research and the like, possibly becoming more like a think tank. But that’s a bit pie-in-the-sky for the moment.

If there were a single person you could have read The Technoskeptic, who would that person be?

Mark Zuckerberg? The next president? Whoever is working on the most advanced artificial intelligence lab? Truthfully, that probably won’t matter – Mark Zuckerberg clearly does not care about

whatever damage his company is doing to the world. What matters is that regular people awaken to the idea that there is a reframing of technology that needs to happen. So the market, to me, is eventually everyone who is impacted by newer technologies, which is nearly everyone in the “advanced” world. But in the short term the most likely people to read it will probably be people who are a little more educated and are already questioning things a bit.

Was there a single, crystallizing moment for you in which you realized you had to create The Technoskeptic?

There was a single, crystallizing moment when I realized that technology was no longer (or maybe had never been) unquestionably good. It was the ear on the mouse. Everyone who is old enough will know what I’m talking about.

It was a sad moment, when I feel like I lost my innocence in some way. Ever since then – and it’s been nearly 20 years now – I’ve watched things get worse and worse, and been absolutely dumbfounded at how readily everyone has acquiesced to things like mass surveillance and the loss of public space or public manners due to first cellphones and now smartphones, which I like to call personal interruption devices. Global warming was already an emergency back then, and we’ve done almost nothing about it since. Just now we’re finally getting our act together, but it’s too little, too late. It boggles the mind that any technology at all is worth destroying the climate of the planet over, or putting every human on Earth under surveillance. That’s what I have a hard time grasping: People say how great digital devices are, but how great would something have to be, to be worth that cost? I would argue infinitely great. There is no such technology.

At a certain point I realized I had to do something with this energy that was building inside of me. It is a heartbreaking loss, to lose, essentially, the entire world of connection, mystery, human value, consideration and even climate that you’ve known. And I decided

to channel it into something productive because to do otherwise would have meant, for me, probably depression and a complete lack of purpose.

What kind of reaction do you get when you explain the mission of the site?

I would say mostly positive. There are people who might obviously quibble with various points, but I get many more positive reactions than negative reactions, even from people who are in the tech world. I think honestly a lot of people know deep down that there’s something a little bit off about the present arc of our technological development, even people who freely admit they are completely addicted to their smartphones but seem unable to do anything about it.

What were your models in creating the site?

I didn’t model it on anything in particular. I just wanted the site to be clear and simple, with no comments, no in-article links and, for the moment, anyway, no ads. This is based on research that shows those things are distracting to the reader. I also personally dislike comments – I think they are inappropriate in most cases, plus an invitation for spam or rants. I used to be a graphic designer, so I tried to make it visually appealing, and I definitely did not want it to feel overwhelming. There will be a resources section to come in the future, which will have short summaries of books, organizations, people and other important resources for people who want to explore these things further on their own. I’m in the process of building that up.

The magazine is on what I’d call a multiphase rollout. This bigger launch is occurring as we’ve just gone to weekly updates, which is exciting. The next phases include the print aspect of the magazine (right now it’s only online, but that will be changing). We will first have printable PDFs for subscribers (formatted specifically to look nice printed out). Then we’ll move to a mailed newsletter model, which will probably be monthly.  Down the road, although I can’t say when, I’d love to have a more formal printed magazine of the type that you’d see on a newsstand. But that’s obviously a big expense and running very counter to print journalism trends right now, so we move in baby steps.

The free Technoskeptic launch party is from 6:30 to 8 p.m. Tuesday at The Burren, 247 Elm St., Davis Square, Somerville. Information is here. It features free appetizers, a raffle for four ArtsEmerson tickets worth up to $300, music from OctoPladd and a chance to mix, mingle, meet the publisher and learn about the magazine. An RSVP would be welcome.