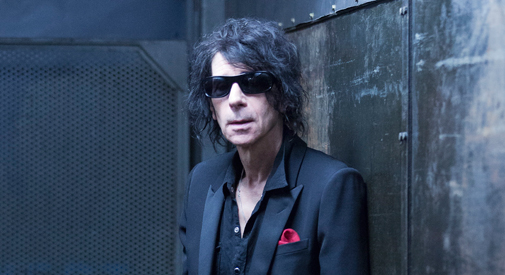 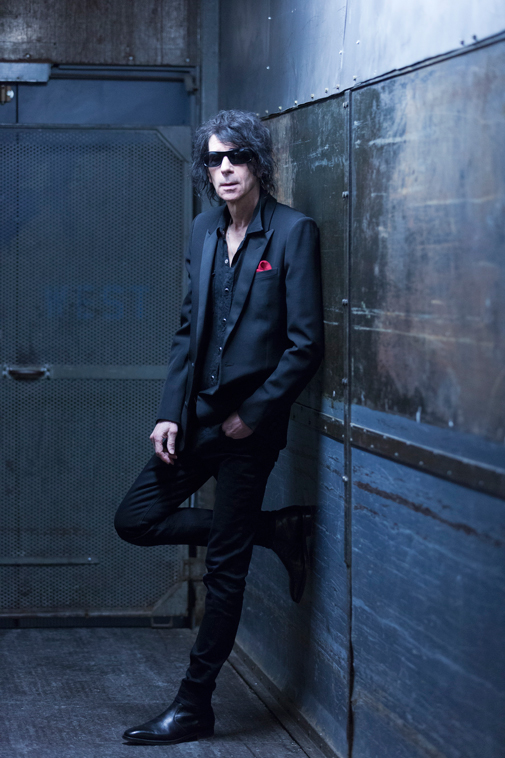 Peter Wolf’s new album, “A Cure For Loneliness,” begins ironically with a few lonely piano chords accompanied by a somber drum beat. As “Rolling On” builds, harmonica, vocal, guitar and organ parts enter, driving away the blues, coalescing into a lush arrangement on which he sings, “I don’t intend to fade away / Or let the world run over me.”

After 50 years as a performer, including 13 albums with the J. Geils Band and eight solo albums, Wolf has crafted an album that breathes the classic sounds of blues, country and other genre influences internalized over a lifetime. “I don’t think of it as country, blues or reggae. I just think of it as music. If I’m listening to something, I can put on an Art Blakey record one minute, Hank Williams another, Dinah Washington or Willy DeVille. I’ve been shuffling styles all my life,” Wolf said  in a recent phone conversation. “When I’m working on an album, to some people it seems diverse, to me it’s just music I like.”

Thankfully for the listener, Wolf has impeccable taste. From the Stones-y country swagger of the Moe Bandy classic “It Was Always So Easy (To Find An Unhappy Woman)” to the swing blues of “Mr. Mistake,” a joyful bluegrass rendition of the J. Geils Band mega-hit “Love Stinks” and the classic soul of “It’s Raining,” written with Don Covay, Wolf moves effortlessly through classic American pop styles.

“It’s Raining” was intended to be a duet with Bobby Womack, and instead bears a dedication to his memory. “We were planning to do a duet on the last album, ‘Midnight Souvenirs,’ but the scheduling made it impossible. What was really strange is that we were thinking of doing ‘It’s Raining’ because [Womack] was very close with Don Covay. As soon as we got done finishing the song, Kenny White, the producer, told me, ‘Pete, you won’t believe what just happened. I got a message on my phone that Bobby Womack passed away.’ We had just finished the track, so I went back in and put on the intro.”

Another standout track is the first single “Wastin’ Time,” a warm rocker in the Petty/Dylan vein. Recorded live with The Midnight Travelers, Wolf’s touring band, the song features energetic organ by Tom West, rootsy guitars courtesy of Duke Levine and Kevin Barry and the locked-in rhythm section of Tom Arey on drums and Marty Ballou on bass. All are local pros who can be heard in clubs around town and beyond.

The album emphasizes musicality and dynamics. Toward the end of the John Lee Hooker-esque boogie “How Do You Know,” the interaction between Wolf’s harp, the keys, guitars and horns is playful and tight, the type of magic that happens when musicians listen to and bring out the best in each other. “Fun For A While,” a laid-back rumba featuring an excellent lap steel solo by Barry, reflects on the wayward exploits of youth. “Some Other Time, Some Other Place” and album closer “Stranger” offer knowing reflections on failed love affairs and the hope of finding solace in their wake. The lonesome cowboy guitar accompaniment on the latter is particularly evocative.

Wolf still frequents clubs in Cambridge and Somerville – a habit he developed early growing up in the fertile New York music scene of the late ’50s and early ’60s before hitchhiking to Cambridge and settling by jazz mecca Club 47 in Harvard Square.

“My high school was by the Apollo Theater. I got to see all the soul greats. For years I went every week. Getting to see all those great artists in venues where they were comfortable was an experience that really changed my life,” Wolf said.

On the recent closings of local live venues Johnny D’s and T.T. The Bear’s Place, Wolf said, “One never likes to see a club close. It’s one less opportunity for people to play. What was great about Boston throughout the years was that it always had an abundance of clubs, because of all the students and different audiences. When the landscape changes like that, it’s not a good sign.”

But Wolf reminds local music fans that his album “was made in Boston, it’s got Boston’s best [musicians] on it. I put a lot of effort into it, and I hope people enjoy it – because it came from the heart.”

“A Cure For Loneliness” is out Friday on Concord Records. Peter Wolf and The Midnight Travelers play May 12 at Somerville Theatre, 55 Davis Square. Tickets are $41.50.