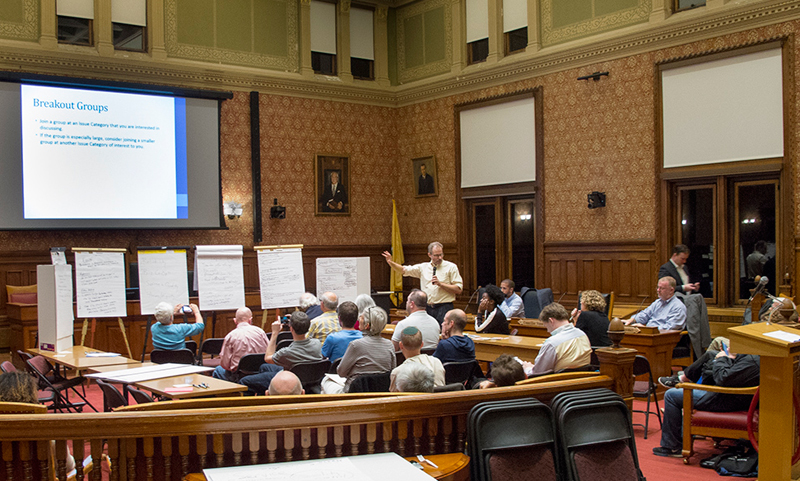 After spending more than a year on surveys and qualitative metrics, the Cambridge Broadband Task Force has its first look at the potential cost of a city-owned, high-speed Internet service. Tilson Technology Management was hired by the city in June, and in a draft report released this weekend, offers three cost estimates for municipal broadband in Cambridge: $5.5 million to connect solely the 22 premises owned by the Cambridge Housing Authority; $7 million to run “dark fiber” to each neighborhood but depend on third-party Internet service providers to connect it to customers; or $130 million to $187 million to run lit fiber to all buildings in the city, commercial and residential.

The city, with an annual budget of $631 million,  is in the midst of paying for several multimillion-dollar projects, including the $95.5 million King school that just opened, and the planned $159 million King Open/Cambridge Street Upper School & Community Complex (the estimated price as of Monday). 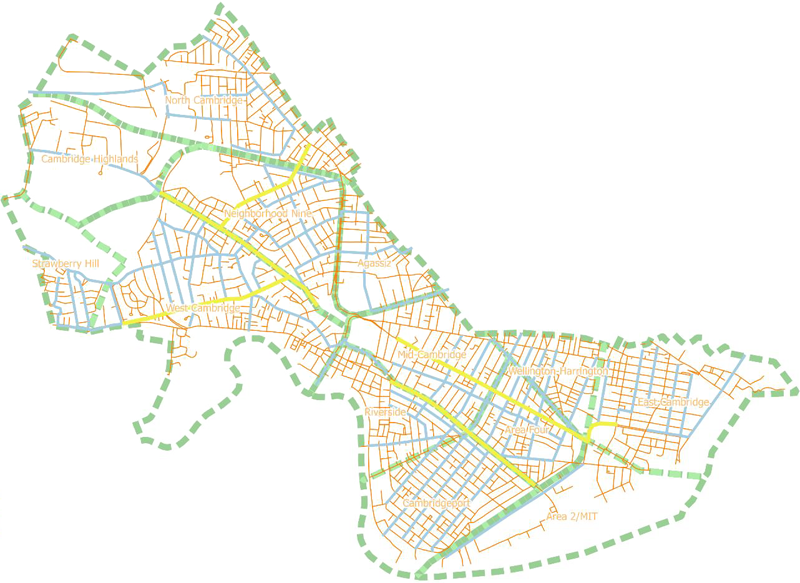 The $130 million would buy 148 miles of fiber throughout the city, of which 30 percent would run underground, with the remaining 70 percent on existing utility poles to minimize costs. Analyzed differently, it represents nearly $9,000 for each of the 15,000 homes and businesses in the city.

A Broadband Task Force was appointed by the city manager in October 2014 in response to a City Council order from March 2014 sponsored by Nadeem Mazen, Leland Cheung and Dennis Carlone. The order highlighted Cambridge’s dependence on a single broadband provider, Comcast, and the presence of a “digital divide” in Cambridge, meaning that not everyone in the city can easily afford high-speed Internet; it asked the manager to form a task force and hire consultants. The manager charged the task force to “examine options to increase competition, reduce pricing and improve speed, reliability and customer service for both residents and businesses,” as well as to take a special look at serving the Housing Authority.

There was more than a year’s gap between the council’s order and the actual start of work: The consultants from Tilson, a Maine firm that has guided municipalities and state agencies through municipal broadband deployments, first met with the task force last July, and every month or two thereafter. The process has mostly been led by Tilson in conjunction with city staff: Director of Communications Lee Gianetti, City Engineer Kathy Watkins and Deputy City Manager Lisa Peterson have all been active participants. They’ve been joined by Chief Information Officer Mary Hart and City Electrician Steve Lenkauskas.

By September the consultants set an agenda: to inventory the city’s existing municipal fiber network (which connects city buildings to each other, but is not suitable for deployment to homes); to understand the available conduit and pole space for fiber in the city; to organize community meetings; and to do a phone survey of residents.

Public meetings took place in October, as did a telephone survey of 400 households. Consultants and the task force analyzed and discussed the results of the survey, which were not surprising: Most people in Cambridge have broadband access (95 percent), but a substantial number are unhappy with the value for their money. Only 54 percent of respondents were “somewhat willing” or “very willing” to pay more for faster Internet speeds. 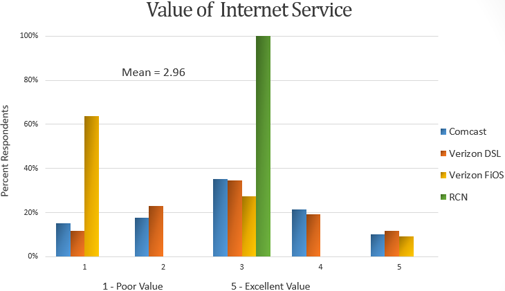 Comcast serves 83 percent of Cambridge customers. Opinions varied as to whether it was a good value in an October survey. (Image: Opinion Dynamics)

In January, Tilson presented the first real steps forward in the three business models for city broadband. But they were models without prices attached, which made it difficult for the task force to really process them.

Task force member Saul Tannenbaum was particular critical of the “targeted” option (extended only to Housing Authority buildings) at the January meeting, saying only 35 percent of affordable-housing units are in Housing Authority properties. If a goal is to provide equitable broadband, Tannenbaum said, serving only those buildings was insufficient.

January’s meeting ran out of time with its agenda unfinished, and the task force did not meet again until March. The March meeting continued discussion of the three options, but again without meaningful financial context.

Members of the public and the task force have asked whether the city should consider a wireless solution that might be cheaper to deploy without digging up streets and running fibers on poles. The consultant’s answer is a clear no.

Wi-Fi and other wireless technologies require clear lines-of-sight that aren’t available everywhere in an urban environment, and providing Wi-Fi that works outdoors in public areas of Harvard Square is dramatically different from reaching to and inside surrounding homes and business.

The Broadband Task Force meets from 6 to 8 p.m. Tuesday at City Hall to review the draft report and set a schedule for the next month. Its detailed agenda contemplates reviewing the bulk of the report at that meeting, with trailing sections left for a scheduled April 27 meeting: case studies of other municipalities and regulatory analysis.