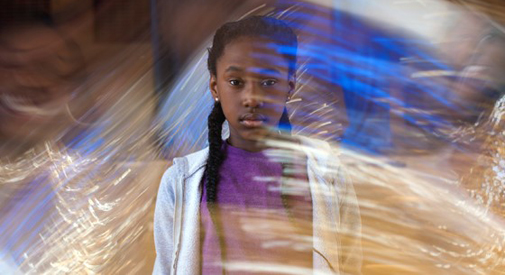 The Independent Film Festival Boston is in town again, running from Wednesday through May 4 at theaters including The Brattle Theater in Harvard Square, Somerville Theater in Davis Square and Coolidge Corner in Brookline. This festival, begun in 2003, is intended to discover emerging talent and celebrate the “leading edge of cinematic story-tellers,” and this year brings some 120 films to explore, not to mention its panels and screenings of short subjects.

Virtually all screenings are in Cambridge and Somerville, including the New England premiere of “Jahar,” a film made by friends of Boston Marathon bomber Dzhokhar Tsarnaev from Cambridge Rindge and Latin high school to examine how his actions affected them. Director Henry Hayes, writer Zolan Kanno-Youngs and producer Lizzie Shapiro are expected to be present for the screening of the short film.

With a mess of movies to choose from, here are a few highlights to check out to keep from being overwhelmed by the lineup. 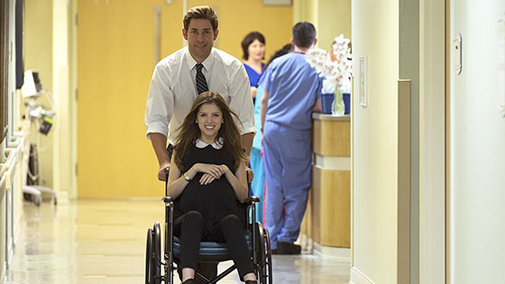 “The Hollars” 7:30 p.m. Wednesday at The Somerville Theatre

The opening film of the Boston Independent Film Festival is this second feature by John Krasinski. While the synopsis appears to hit some familiar beats, with a man going back to his hometown after learning his mother has a brain tumor, it’s the supporting cast that truly makes this kickoff film shine. Anna Kendrick, Randall Park, Charlie Day, Margo Martindale and Sharlto Copley are just some of the names that accompany Krasinski on what should be harmless, although hopefully not toothless, fun for an opening-night crowd-pleaser.

If you’re looking for a film just slightly under the radar, keep an eye out for Sundance and Venice breakout “The Fits.” With its unconventional approach to a conventional structure – it explores a young girl coming into her own and being torn between what and who she wants to be – Anna Rose Holmer’s film had people talking after its debut.

“Hunt for the Wilderpeople” 6 p.m. Sunday at The Brattle Theatre

To those who have seen Taika Waititi’s delightful “What We Do in the Shadows” (one of 2015’s best), there should be little surprise about the inclusion of this film – and instead clamoring to buy tickets as soon as possible. Having already made the rounds on the festival circuit this year, “Hunt for the Wilderpeople” is set to be yet another critical success for the filmmaker, showcasing his range after “Boy” and the aforementioned “Shadows” and right before he tackles the next Marvel juggernaut, “Thor: Ragnarok.” Starring the always welcome Sam Neill in a film about a national manhunt organized when a kid and his foster uncle go missing in the New Zealand bush, it promises what’s become expected in a Waititi film: disarming humor, maybe some surprise heart, and stripped-down storytelling at its finest. 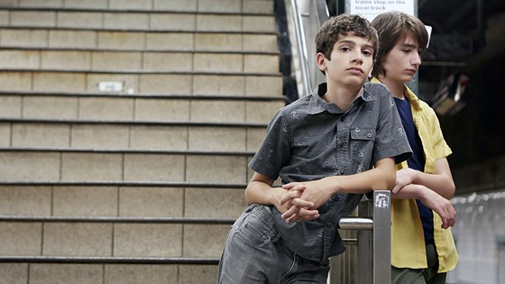 “Little Men” 7 p.m. May 3 at The Coolidge Corner Theater

Ira Sachs’ “Love is Strange” was one of the best romances of the past few years – so heartbreaking, raw and honest that anything he put out from there on would be worth checking out. Having assembled yet another strong cast and winning rave reviews out of Sundance, the director teams up with Alfred Molina again in film about two boys whose friendship is tested when caught in the middle of a fight between their respective parents. 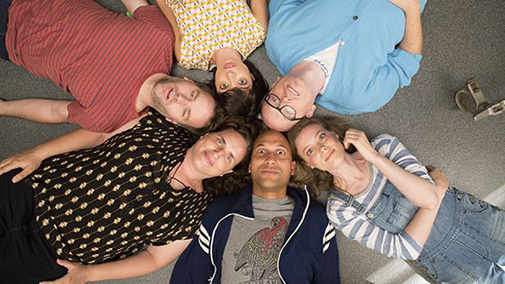 In a big year for comedians in understated dramedies, Mike Birbiglia (a mainstay at Harvard Square’s Comedy Studio back in the day) packs his second feature film, “Don’t Think Twice” with comedy favorites such as Gillian Jacobs, fresh from a much-talked-about turn in Netflix’s “Love” and Keegan-Michael Key, of “Key and Peele” and upcoming cat-worshipping action movie “Keanu.” The film, following Birbiglia’s breakout film “Sleepwalk with Me” in 2012, centers on a group of friends in New York trying to find success with their improv group and realizing that maybe not all of them will be able to “make it big” after all. 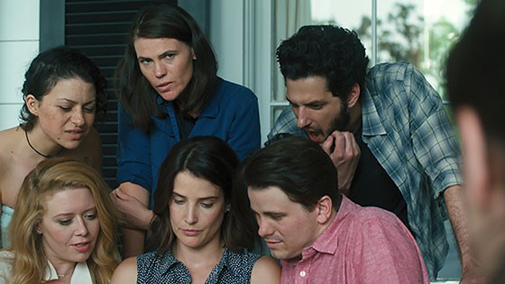 “The Intervention” 7:30 p.m. May 4 at The Coolidge Corner Theatre

If you feel like you’ve heard of this film before, no one would blame you; star Jason Ritter appeared in one just like it a few years ago in “About Alex.” What makes this marriage-crisis narrative stand out from the rest of the reunion flicks out there – and there’s a lot – is the director, Clea DuVall. This being her first feature film, the actor (“Heroes,” “American Horror Story”) has acquired a lot of under-the-radar industry greats, including talents such as Melanie Lynskey, Alia Shawkat and Ben Schwartz. Even if the story sounds like a lot of independent, micro-budget films we’ve seen before, DuVall aims to deliver something that deviates from the typical.