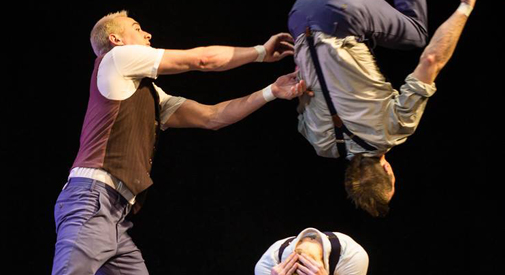 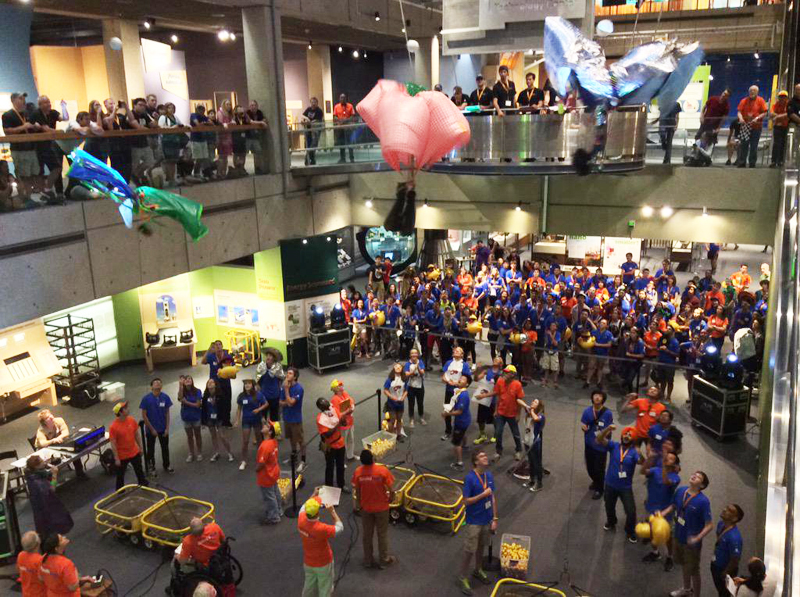 EurekaFest is a multi-day celebration of inventors and inventions aimed at inspiring kids (and impressing adults). At this 10th annual event, Friday is for the presentation and exhibition of the work of the 2016 InvenTeams (in past events, the teams have created everything from a subway trash vacuum to robots that do the weeding for you, alcohol-level detection bracelets and a page-turning machine for readers), followed by an awards ceremony; Saturday is a design challenge for high schoolers from across the country, who must design and build a wind-powered device capable of hovering three stories in the air, carrying rubber ducks as payload. (It’s called the “Duck ’n’ Hover.”) The wind-powered competition starts at MIT and moves to the museum at 1 p.m., but there are hands-on learning activities for inventors of all ages there from 11 a.m. to 3 p.m. Information is here. 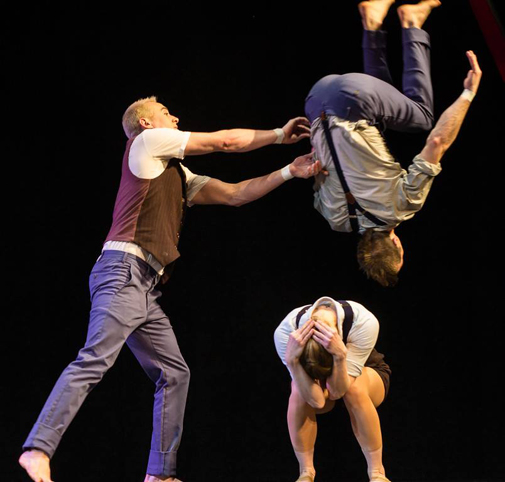 Esh Circus Arts near Somerville’s Union Square trains people how to perform aerial stunts, group acrobatics, athletic dancing and clowning. Watch them prove how good they are at doing as well as teaching at this showcase event with a little of everything. Information is here. 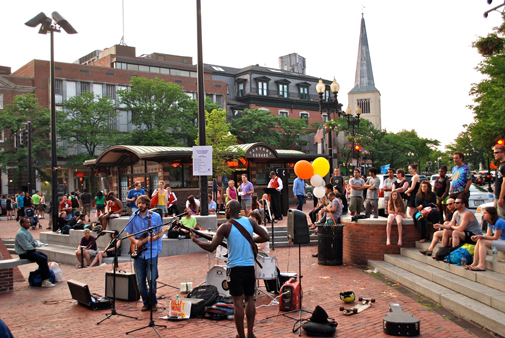 Inspired by a street-music festival started three decades ago in Paris, the Make Music Harvard Square/Fête de la Musique brings more than 125 performers from across the country to play throughout Harvard Square – everything from Rock ’n’ Roll, funk and folk to jazz, country, hip-hop, some standards and classical, pop, R&B, soul, alternative, goth, bluegrass, world and whatever else can be expected from performers with names such as the Angry Toddlers, Rationales, Sons of Business Men and TickleJuice. Venues are all over the square, including four outdoor stages and inside Charlie’s Kitchen, 10 Eliot St.; Harvard Book Store, 1256 Massachusetts Ave.; Harvard Coop, 1400 Massachusetts Ave.; Grafton Street, 1230 Massachusetts Ave.; and Follow the Honey, 1132 Massachusetts Ave. Information is here. 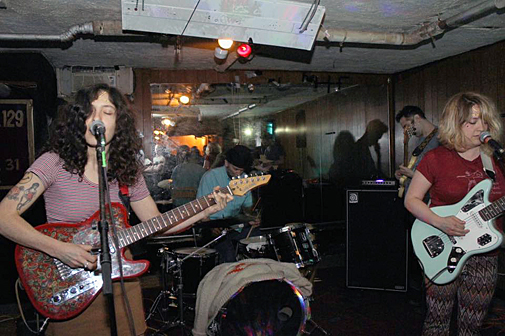 Out of the Blue’s “Into The Black” fundraising event and concert from noon Saturday to 1 a.m. Sunday at Out of the Blue Art Gallery Too, 541 Massachusetts Ave., Central Square. Day and night events have separate $10 donations; a single ticket to both sets of events is $15.

If the 60 bands at the Fête de la Musique don’t satisfy, there’s another 14 at this newly nonprofit’s “Into The Black” fundraising concert. While the Fête’s bands are chosen to be crowdpleasers, Out of the Blue has carefully curated the area’s most original and inspiring bands and musicians – the difference, if you will, between the Beatles and Bob Dylan. But that’s just what happens from 7 p.m. onward; there’s an entirely different kind of fun during the day, including a noon to 4 p.m. lunch with Keytar Bear, face-painting and bodywork; an all-day Ethiopian coffee ceremony with music; a 2 p.m. treasure hunt for a dozen prizes; an hourlong poetry reading starting at 2:30 p.m.; a novel reading by Timothy Gager, Allan Converse, John Shierer and Emily Jaeger (with ukulele by Jojo Lazar, the burlesque poetess) at 3:30 p.m.; storytelling at 4 p.m.; African fashion show and drumming at 4:30 p.m. with food by the Karibu restaurant; bellydancing at 5:30 p.m.; and raffles for a $200 grand prize and a variety of goods at 6:30 p.m. It’s an impressive day, but if attending is impossible there’s a GoFundMe taking donations to keep this citizens’ gallery (and its all-ages rock shows) strong. (The band Bong Wish is seen above.) Information is here. 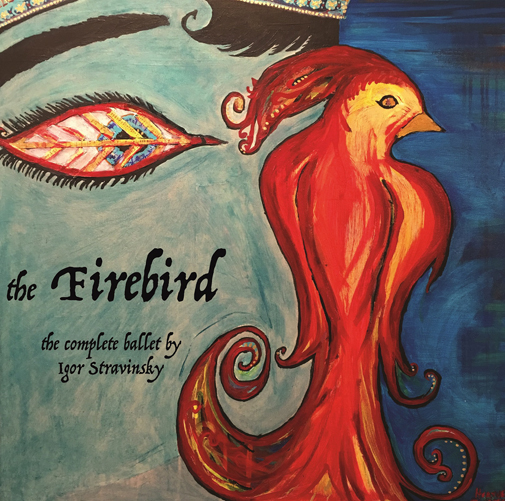 Stravinsky’s “The Firebird,” staged by the Cambridge Symphony Orchestra at 8 p.m. Saturday at the Massachusetts Institute of Technology’s Kresge Auditorium, 48 Massachusetts Ave. Tickets are $15 to $25.

Stravinsky’s complete 1910 ballet “The Firebird” gets a new semi-staged production in its Boston debut. Conducted by Cynthia Woods with new choreography by former Boston Ballet dancer Gianni Di Marco and costumes by Ruth Whitney, “The Firebird” is a unique collaboration between the genres of classical music and dance, with Di Marco himself dancing the role of King Kashchei, joined by soloists Ruth Whitney as the Firebird, Alan Alberto as Prince Ivan and Jaime DeRocker as Princess Vasilisa along with a small corps de ballet. Antonín Dvořák’s “The Water Goblin” is performed as well. Information is here.