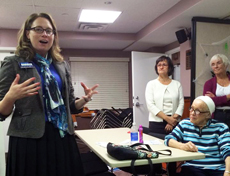 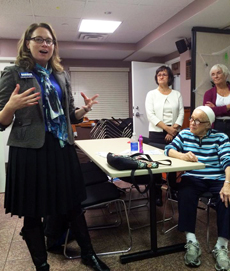 Efforts to prevent cuts to a program that helps lower-income people pay medical bills have failed, potentially affecting patients at the Cambridge Health Alliance and other hospitals that serve large numbers of uninsured and underinsured people.

State Rep. Christine Barber, who helped lead a campaign in the Legislature to counter a move by Gov. Charlie Baker’s administration to reduce income limits for the Health Safety Net program, said a budget amendment to restore the former eligibility standards didn’t make it into the fiscal 2017 budget approved by legislators Thursday.

The changes mean that people with incomes over three times the poverty level, or $72,250 for a family of four, are no longer eligible for the program. Formerly the limit was four times the poverty level: $97,000 for a family of four. In addition, families and individuals will have to pay a deductible at a lower income level than before. And the retroactive period for bills covered by the program has been shortened to 10 days from six months.

Baker’s budget proposal also eliminated the state’s $30 million contribution to the Health Safety Net fund; HSN is mostly supported by assessments on hospitals and health insurers plus hospital payments to cover deficits in the fund. Legislators approved a $15 million state appropriation, but Baker could veto that, subject to an override by legislators.

The Health Safety Net, formerly known as free care, pays medical bills for people whose income is too high to qualify for Medicaid but not enough to pay for private insurance, extremely high medical expenses, or for copays and deductibles. Recipients must get care at hospitals or community health centers, from doctors employed by the institution. Hospitals and health centers bill the program directly.

Advocates for undocumented immigrants and low-income patients had said hospitals such as Cambridge Health Alliance might see more patients not paying their bills because of the cuts, but CHA spokesman David Cecere said the health care system couldn’t predict the financial impact of the changes. Cecere did say communities served by the Alliance “experience some of the highest uninsured rates in the state.”

The cuts “will have a profound impact on uninsured patients” because of the new eligibility standards and “greater out-of-pocket costs” for people still eligible for the program, he said.

Last year about 274,000 people were enrolled in the Health Safety Net; advocates say the changes will affect almost 60,000. It isn’t clear what will happen to patients who are already enrolled but don’t meet the new income limits.

The administration said almost all people who will no longer be eligible can buy subsidized coverage on the Health Connector, the state’s insurance marketplace under the federal Affordable Care Act. They have been required to do so but the state didn’t start enforcing the mandate until recently.

Advocates said they didn’t object to that requirement but maintained that the changes will still hurt undocumented immigrants, the working poor, those with high medical costs and seniors – who aren’t eligible to buy insurance on the Connector. Although most people over 65 have Medicare, some are using the Health Safety Net because they can’t afford supplemental insurance to cover high copays and deductibles in the Medicare program. Last year about 20 percent of medical bills paid by Health Safety Net were for care provided to seniors, according to the advocacy group Health Care for All.

Analysts and government officials expected the need for “free care” to drop after health care reforms that were aimed at providing health insurance to most if not all individuals and families. State figures show the number of uninsured people in Massachusetts has sharply declined, but advocates say undocumented immigrants, people with inadequate coverage and low-income seniors on Medicare still need help.

As part of an agreement with federal officials that brings Massachusetts extra help and other benefits for health care programs, state officials have promised to reduce costs of the Health Safety Net gradually until 2019.

The campaign to prevent the changes was an uphill effort from the start. The House didn’t approve a measure to delay the cuts, and scotched Barber’s fiscal 2017 budget amendment preserving the original program. The Senate approved an amendment saving HSN as it was before the Baker administration cuts, but only after the term was reduced to nine months. The Senate version didn’t survive negotiations to resolve differences between the House and Senate budgets.

“I’m going to continue working on this issue,” Barber said.