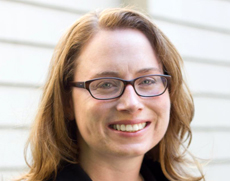 A coalition of legislators, advocates for poor people and immigrants, and hospitals, including Cambridge Health Alliance, is trying to block an initiative of Gov. Charlie Baker’s administration that would affect thousands of low- and moderate-income patients enrolled in a state program that helps pay medical bills, disqualifying some and limiting benefits for others.

Lower-income people with medical issues would be affected, but so would Cambridge Health Alliance, which treats a large number of low-income patients. If fewer of those patients are in the Health Safety Net and they can’t pay their bills, the Alliance could see bad debt rise at a time it already foresees losses of $13.1 million in the fiscal year ending June 30.

New rules for the Health Safety Net program are scheduled to take effect June 1 and continue into the 2017 fiscal year beginning July 1. The regulations reduce the income limit for the program to $72,250 for a family of four, from $97,000, and require more families and individuals to pay a deductible before benefits begin. Another change shortens the time in which to apply for help with medical bills to 10 days; that period is now six months. In addition, the state has discontinued its $30 million annual contribution to the program, which is supported mainly by assessments on hospitals and insurers.

About 274,000 people were enrolled in the Health Safety Net last year; almost 60,000 would be affected by the new rules, according to Vicky Pulos and Neil Cronin of the Massachusetts Law Reform Institute. Executive Office of Health and Human Services spokeswoman Sharon Torgerson said the “vast majority” of those who will no longer qualify for Safety Net benefits because their income is between $72,250 and $97,000 for a family of four “are eligible for other, more comprehensive insurance through the Health Connector or other sources.” People at that income level can get subsidies from the Connector, the health insurance marketplace set up under the Affordable Care Act, and most were already required to use the Connector instead of the Health Safety Net, she said.

Those who will now have to pay an income-based deductible before getting benefits will be responsible for about $516 a year at the lowest income level of about $36,000 for a family of four, Torgerson said. The deductible is equivalent to the premium for the lowest-cost subsidized Connector insurance plan for that income level, she said.

“The proposed changes to Health Safety Net rules are designed to ensure that the HSN is used only when full health insurance coverage is not available,” Torgerson said in an email. The groups opposing the move say they agree with shifting eligible families to subsidized Connector insurance, but the changes will still hurt the working poor, seniors, immigrants and those with high medical costs.

The Health Safety Net was previously called free care, and mainly paid bills for low- and moderate-income people without health insurance. It’s not insurance, and recipients must get their care at hospitals or community health centers in the program, and from doctors and specialists employed by the entities.

State and federal health care reform has sharply reduced the proportion of Massachusetts residents without coverage – the figure for 2015 was 8 percent uninsured at least once in the previous year, and 3.6 percent at the time of the state survey that measured coverage. But advocates say undocumented immigrants, people with plans that offer skimpy coverage, seniors on Medicare who can’t afford supplemental coverage and others still need help.

State Rep. Christine Barber, whose district includes Somerville, said these are “forgotten groups” of people who have “fallen through the cracks.” Barber sponsored an amendment to the fiscal 2017 budget to restore the current rules; as of this week, 37 House members have signed on. A similar amendment is pending in the Senate. Amendments will be voted on next week, she said.

The changes “shift costs to low-income patients and hospitals. These cost-shifts are also likely to affect [insurers] and the business community in some degree in the form of higher premiums,” the Massachusetts Hospital Association said in comments on the proposal in February. The association also called for continuing the state’s contribution to the program, as individual hospitals already must cover gaps in support because funding falls short of needs.

Alliance spokesman David Cecere said the Health Safety Net changes could hurt communities, not just hospitals. “This is important to communities statewide, and particularly local areas that experience a higher rate of uninsured [residents],” Cecere said. Naming the communities the Alliance serves, he said 11.5 percent of Everett residents have no coverage; 8 percent in Revere; 7.5 percent in Malden; 5.1 percent in Somerville; and 3.4 percent in Cambridge.

The Health Safety Net program “serves a vital, ongoing” need for uninsured and underinsured people who are not eligible for the Connector, he said. Seniors on Medicare who can’t afford to buy supplemental insurance that covers substantial copays and deductibles are one of those groups; last year about 20 percent of Health Safety net payments were for seniors, according to Health Care For All, a consumer group.

Insurance coverage can vary by race, ethnicity and income, a survey by the state Center for Health Information and Analysis shows. Last year, 93 percent of white, non-Hispanic residents were insured for the entire year, while 84.7 percent of Hispanic residents were. Among people whose family income was at the levels that will be eliminated from Health Safety Net benefits, 7.1 percent did not have insurance at least once during the year.

According to the survey, 19.8 percent of people whose family income would disqualify them from the Health Safety Net under the new eligibility standards reported having trouble paying medical bills during the year; 10.1 percent of those in that income bracket said they borrowed money or incurred credit card debt to pay medical bills, and 11.5 percent were contacted by a collection agency.

The survey did not ask how respondents were covered or whether they were in the Health Safety Net.