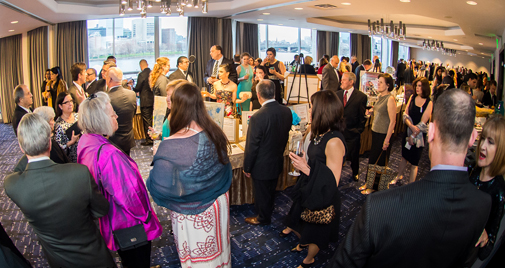 The private, nonprofit organization depends on its annual gala fundraiser, as well as government contracts, private grants, individual donations and other resources, to keep offering culturally and linguistically competent health and social services for Brazilians, Cabo Verdeans, Portuguese and others. The gala raises crucial funds to support these services, while also celebrating the many successes of the Portuguese-speaking communities in Massachusetts.

The gala also honors distinguished individuals who have made great contributions to the lives of Portuguese speakers and other community members. MAPS invites everyone interested to submit nominations in five award categories with a form found here. Entries must be submitted by 5 p.m. Sept. 16. The list of award recipients will be announced this fall.

“There are very few opportunities to bring together all the diverse populations we serve,” said Paulo Pinto, the agency’s executive director. “We really feel that, with each passing year, the MAPS Awards Gala is becoming a top event for our community to recognize our many achievements while raising critical funds to support those who are less fortunate. Please help us to celebrate and honor more success stories by nominating someone who has made a difference.”

MAPS, with offices in Cambridge, Somerville, Brighton, Dorchester, Lowell and Framingham, has served Portuguese speakers in Massachusetts since 1970. For information, call (617) 864-7600 or click here.