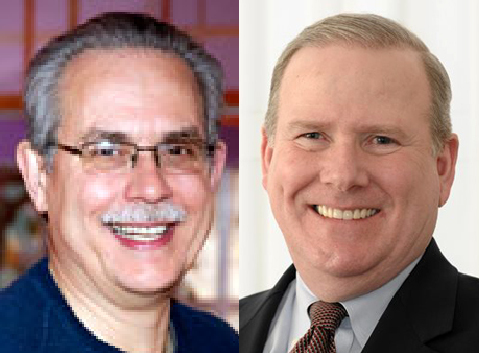 The Cambridge Housing Authority and Boston Housing Authority are proposing to join forces in a novel move aimed at preserving low-income housing and increasing services and opportunities for families with rent subsidies in both cities. While the agencies would remain independent and the initiative hasn’t reached even the first step in approval, the proposed changes could have profound impacts on low-income families in the two cities, depending on details that remain to be worked out.

The plan became public at the Wednesday meeting of the Cambridge Housing Authority, when executive director Gregory Russ announced it. At the same time he handed out copies of a letter from Boston Housing Authority administrator William McGonagle and himself to Julian Castro, secretary of the U.S. Department of Housing and Urban Development, outlining the proposal.

The letter was dated the same day as the meeting, and was posted on the Cambridge agency’s website, also on Wednesday. The agencies cannot file an application to make changes unless HUD permits them to apply.

Despite the lack of specifics, the letter gives an idea of the areas in which Boston and Cambridge want to collaborate, and Russ provided more details in an interview Thursday. Some of the initiatives:

Preserving low-income housing in both cities.

Raising low-income families out of poverty with programs to help them get jobs and buy homes.

Helping low-income families in public housing and those with rent subsidies improve their opportunities to “advance economically or make other choices related to educational opportunities for children and adults,” including moving to another neighborhood. This could include coaching, incentives or other services to help families decide where and whether to move, or support them where they are.

Participating in research that grew out of a study showing that where children live before their teens can affect their earnings in adulthood. Russ instigated the research last year by contacting the lead author, Stanford University professor Raj Chetty, and proposing that he work with public housing agencies to see how the research could benefit low-income families. The new research, involving Chetty, other academics and 17 housing agencies, is aimed at testing ways to persuade low-income families to move to “high-opportunity” neighborhoods, and improving “low-opportunity” areas. Collaborating with the Boston Housing Authority would allow Cambridge to participate in the research; otherwise, Cambridge is too small, Russ said.

Details on how Boston and Cambridge would work together are sparse, and could make a big difference. For example, Russ said in the interview that the two agencies might set aside a certain number of rent subsidy vouchers for the Chetty research.

“Do you establish a pool of 100 vouchers for ‘opportunity moves’?” he said. “Would that mean you don’t issue as many [other vouchers]?”

Basic questions such as how the two agencies would make decisions on joint programs are also up in the air, Russ said, although he emphasized that Cambridge’s board would have to approve policy issues as it does now. The Boston Housing Authority operates under the mayor’s office.

At the Wednesday meeting, Russ came under unusually pointed questioning from Naomie Stephen, the newest board member. Stephen, who worked at the Cambridge Housing Authority until last year as a liaison to tenants and tenant groups, was named to the board in May. “Does this put Boston residents in front of Cambridge residents?” she asked.

“I don’t think it does,” Russ replied. “The current programs do not change. The joint programs are in addition to what is already there.”

“We’re sharing our umbrella,” Russ said later. “It’s a rainy day. We invited someone to stand under it, but we’re holding it.”

The two agencies made their request under a 2015 law that allows adjacent housing authorities to form regional entities under a program called Moving to Work. The program gives public housing agencies freedom from some federal regulations so they can operate innovative programs that promote housing choice, economic self-sufficiency and efficiency.

Cambridge is one of 38 MTW agencies nationwide designated because of outstanding performance; Boston is not. (Others in the state are Holyoke and the Massachusetts Department of Housing and Community Development). If HUD eventually approves the two agencies’ application to collaborate, Boston would get the same power and flexibility Cambridge has, Russ said.

Cambridge also stands to gain under the proposal, he said. For example, Boston public housing tenants seeking job training can enroll in some construction union apprentice programs; the Cambridge agency hasn’t been able to negotiate agreements with the unions, but collaboration could open up that opportunity, Russ said.

Asked why the proposal hadn’t been made public before the letter was sent, Russ said there would be plenty of chance for discussion if federal officials let Boston and Cambridge apply. “If HUD invites an application [Cambridge Housing Authority commissioners] have to approve the application,” he said.

Russ said he had told commissioners about the plan in informal discussions and emails starting early this year. More recently he sent copies of the letter to City Manager Richard C. Rossi, city councillors and tenant representatives, he said. He also has held three meetings with jittery agency employees. Russ said the regional approach is supposed to promote efficiency, but he does not foresee any job cuts at the Cambridge agency.