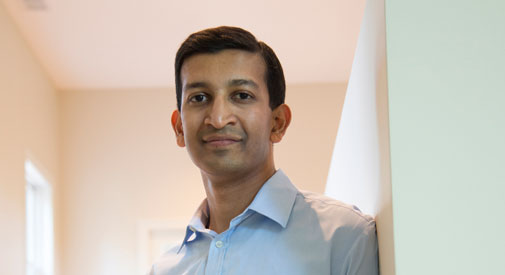 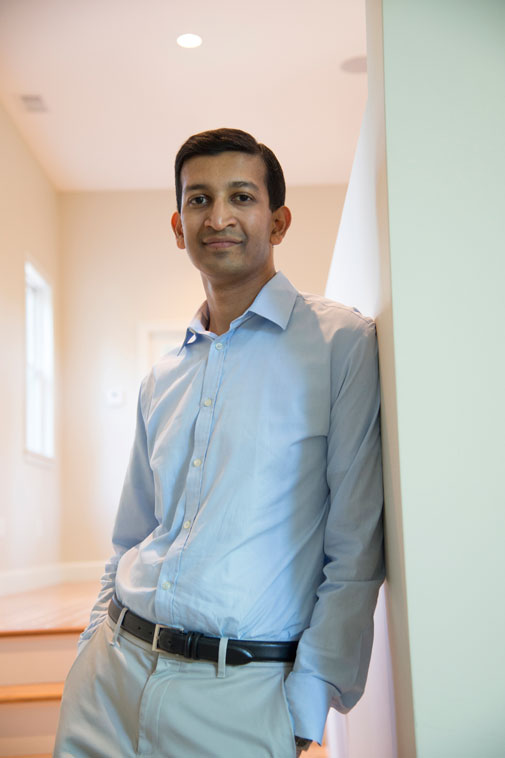 Top academics gathered in December with officials of public housing agencies across the country, federal housing officials and nonprofit representatives in an unusual effort to translate groundbreaking research findings into practical changes that could help low-income families move out of poverty.

The meeting at a Cambridge hotel was instigated by the head of the Cambridge Housing Authority, executive director Gregory Russ. He was intrigued by a study led by then Harvard University researcher Raj Chetty showing that children in public housing families who moved from high-poverty to low-poverty areas in a 1990s experiment earned more money as adults than those who didn’t leave. So he sent an email to Chetty last summer, introducing CHA as “your local housing authority around the corner” and inviting him to discuss further research that might produce change.

Chetty was receptive, Russ said. And after a planning session over the summer with Chetty and his research team, the meeting was organized. Fifty-five people, including officials of 15 housing authorities, the U.S. Department of Housing and Urban Development, the Ford Foundation and other philanthropic organizations, and poverty researchers from other universities, attended the Dec. 6-8 meeting. The organizers called it “Creating Moves to Opportunity.”

At the end, they agreed to collaborate on new, smaller-scale research projects examining how to get more public-housing families to move to what they termed “opportunity neighborhoods.”

It was a rare meeting, Russ said in an interview. “For the first time the researchers and the practitioners can take a step together to change policy,” he said. Authority commissioner Susan Connelly, who attended, called it “an ‘aha’ moment” to see researchers on poverty and officials of agencies that house the poor in the same room.

Chetty, who moved to Stanford University in December, has focused his research on geographic variations in upward mobility in the United States and the inequality it fosters. In a study that drew public attention last year, he and two other Harvard researchers found that upward mobility of children from the poorest one-quarter of U.S. families varied greatly according to where they grew up. The study used Internal Revenue Service records (stripped of personal identification) of 5 million children born in 1980-82 to examine their incomes in 2011-12, when they were 30.

For example, Middlesex County, where Cambridge is, ranked 835th among 2,478 counties across the United States – the top third – in upward mobility, while Suffolk County, the home of Boston, was No. 1,859 on the list – the bottom quarter. The study measured income gains or losses of the children from low-income families when they reached adulthood, compared with the national average for children from such families.

An earlier study had more relevance to Russ and other public housing officials. Chetty and a colleague examined a public housing experiment called “Moving to Opportunity.” HUD sponsored a trial from 1994 to 1998 to see if families in public housing projects in “deep poverty” areas would do better if they moved to neighborhoods with less poverty.

About 4,600 public housing families in five cities, including Boston, participated. Some were picked randomly to get a rental assistance voucher that required them to move to an area where fewer than 10 percent of households lived in poverty. Others got a voucher with no requirements, and the remainder got no assistance but could stay in public housing.

Early research on the impact of the experiment showed that families that moved to higher-income neighborhoods improved their mental and physical health, but there were no economic effects. The more recent study led by Chetty was able to look at what happened when children grew up. It found that children and preteens in families that moved had higher incomes in adulthood than those who stayed in high-poverty areas, and that their income increased more for each year that they lived in the more prosperous neighborhood. Parents, and children who were older than 13 when they moved, did not appear to benefit financially.

Other factors at work

According to a summary of the Cambridge meeting, 80 percent of rental assistance vouchers nationwide are used in high-poverty or moderate-poverty areas. Researchers and officials of other housing authorities described obstacles to persuading poor families to move into higher-income neighborhoods. For example, public housing residents in Seattle who were interviewed said being close to family and friends, affordability and the size of their home were more important than neighborhood quality. A Johns Hopkins researcher who interviewed low-income families in Baltimore found that they often made emergency moves in response to “unit failure or family instability.”

One meeting participant reported success: Alison Shuman of the Baltimore Regional Housing Partnership said 76 percent of the roughly 3,100 voucher-holders it serves have moved to higher-income neighborhoods. It took lengthy counseling before and after a move, loans for the security deposit and outreach to landlords, among other forms of help, Shuman said.

The participants agreed to collaborate on small-scale studies of possible interventions, including “high-intensity counseling”; “nudges” such as putting available units in higher-income areas at the top of lists of available apartments given to voucher holders; financial incentives to landlords in more prosperous neighborhoods and to tenants who move there; and awarding “project-based vouchers” – tied to the unit, not the tenant – in higher-income areas.

Plans will be refined over this year by a working group set up at the meeting. Based on the results of these studies, there might be a nationwide experiment, Russ said.

Cambridge has several census tracts where poverty exceeds 10 percent, mostly in areas where there are public housing developments; housing authority officials have not analyzed where holders of rent vouchers are living relative to the level of poverty in that area, or in the neighborhoods outside Cambridge where 39 percent of voucher recipients live. Russ and other CHA officials have categorized the entire city of Cambridge as an “opportunity area.” Still, it’s possible Cambridge would participate in one of the small-scale studies, Russ said.

Finally, not everyone can move, Russ said. He and other participants at the meeting said they also want to improve conditions in low-income areas. It’s not clear how to do that, because the studies tying upward mobility to geography don’t identify why there is a connection.