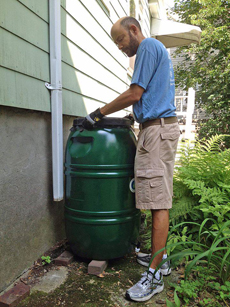 More than seven years after city officials recognized climate change as a crisis and held a Climate Emergency Congress, a local climate action plan due is in early 2017 and a development master plan is underway with a climate change focus. Now a second climate congress is scheduled to explain residents’ part in it all.

The 2016 Cambridge Climate Congress is set to start Oct. 1 with the theme of “Building a Community of Response to Climate Change,” led by climate activist groups such as Green Cambridge in partnership with Mayor E. Denise Simmons and city councillor Jan Devereux.

“The notion now is about how we can pull together. In [environmentalist] Bill McKibben’s words, we’re losing the war,” said John Pitkin, vice president of Green Cambridge and a lead organizer of the upcoming climate congress, as well as the one convened in 2009.

“That was to raise awareness of the problem, and now what we’re seeing is that people are aware of it but aren’t sure what to do,” Pitkin said. “A lot of people are saying, ‘What are we doing and what should I be doing?’”

One of the problems is that a lot of work in reaction to climate change is done individually and is largely invisible even to their neighbors, including the efforts Simmons pointed to at the time of first congress to show her own family’s small efforts at sustainability: swapping fluorescent light bulbs for more efficient LEDs, riding bicycles more, and urging the use of  programmable thermostats.

There is also work that must be done as a community, such as keeping trees citywide from drying as a result of drought, a mission that includes municipal water trucks and two Public Works bicycles equipped with watering tools – and a call for citizen help.

“To do it in isolation feels pointless,” Pitkin said, describing the goal of the congress as “to engage people in very different circumstances, to raise awareness we’re all in this together and find ways to act as a community.”

Residents meet in 2009 as part of the city’s first climate congress.

A three-year “climate stress test” leading to a report released in November showed that while Cambridge isn’t vulnerable to significant storm surge risks through the year 2030, residents can expect a tripling of days with temperatures over 90 degrees Fahrenheit from the current 11 – and by 2070, nearly three months of expanding areas of 90-plus-degree weather, with conditions on hot days becoming dangerous to public health. This summer, with the exception of a few days with brief rain, has been an unending wave of heat, with an above-average number of 90-degree days – though not nearly enough to break the record from the summer of 1983, according to Boston.com’s David Epstein.

The fall congress will gather 100 volunteer delegates from throughout the community to make practical recommendations on how all residents can participate in responding to climate change, organizers said. In addition to Green Cambridge, the grassroots groups Mothers Out Front, the South Asian Center and the Home Energy Efficiency Team support the call for the congress.

“We can’t all be climate activists, but there are steps we can all be taking to play a more active role in protecting our environment. Our hope is that this Climate Congress will help us all be more mindful of what those individuals’ roles will look like,” Simmons said. “The issue facing everyone today is how to respond in the best possible way whatever our circumstances and differences.”

Devereux, who chairs the council’s Health and Environment Committee, said the congress would “help residents connect the dots between individual and group actions” and city efforts such as the Climate Action Plan due in early 2017 and the master plan ending sometime in 2018.

The congress is to open with a plenary session Oct. 1 at City Hall with presentations on the climate situation and how government and citizens are responding. Delegates will then consider “the responses available to people from different backgrounds, in different circumstances and with different beliefs,” according to a press release. In a closing plenary session Nov. 12, delegates will convene to adopt a final statement on climate citizenship.

“Our goal is to develop recommendations for climate citizenship that everyone can practice in their daily lives and that will create a community of response,” Pitkin said.

People interested in being a delegate, helping organize the congress or giving feedback, can contact Green Cambridge here.