‘The Birth of a Nation’: Taking back a name, history lesson arrives with a scream of rage 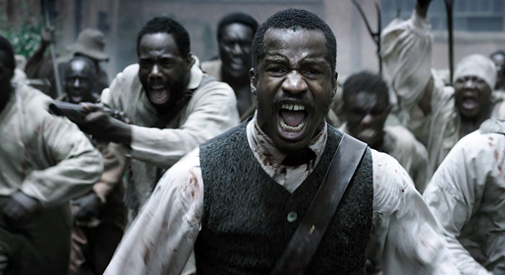 ‘The Birth of a Nation’: Taking back a name, history lesson arrives with a scream of rage

“The Birth of a Nation,” the much anticipated dramatization of Nat Turner’s bloody 1831 slave rebellion, has great timing and relevance in its arrival, given the spate of blue-on-black violence bringing headlines and angry protests in their wakes. The film’s both a look forward and back, with the promise of a unified nation where all are treated equally, regardless of color, to be birthed from the bloody act. It’s a cesarean, if you will, and a grim yet provocative probe into the relationship between humans in which one owns the other like cattle or livestock and holds the power to do with them as they please – including slaughter – with impunity. 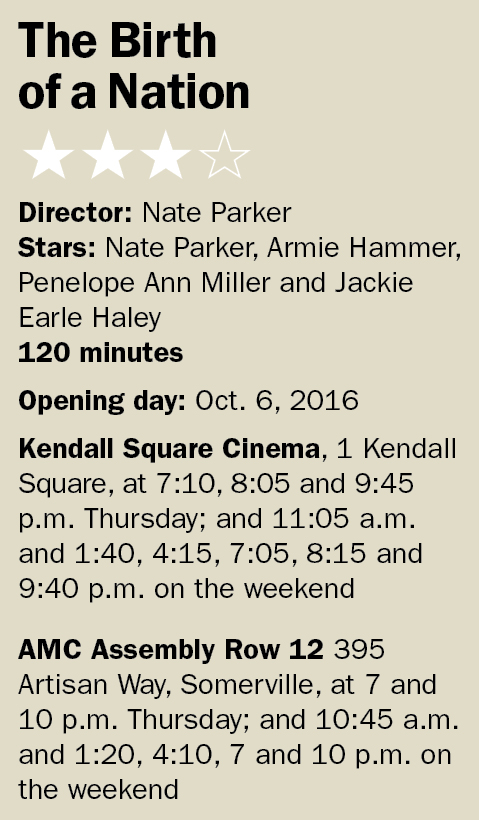 The film, which in its branding boldly reclaims the title from D.W. Griffith’s 1915 silent classic extolling the heroics of Confederates and Klansmen, also became the righteous answer to the “Oscar so white” outcry when it premiered this year at the Sundance Film Festival, going on to score the biggest purse ($17.5 million) for any picture snapped up in the snowy hills of Park City. Cause and effect? Much like the young Nat (Tony Espinosa) experiencing prophetic dreams of his ancestors, the film from that moment on – whether it desired to or not – became anointed and earmarked for some greater purpose.

Nat is born and grows up on a Virginian plantation filling the role of a playmate to the owner’s young son, Samuel Turner (Griffin Freeman), who in a decade or so will become Nat’s master (and played by Armie Hammer). Because of such proximity, Nat learns to read, and as a man (played with soulful eyes by Nate Parker, who also directs the breakout project), due to his master’s overindulgence in drink and poor fiscal standing, is passed for money from plantation to plantation to read the scripture to fellow slaves in an effort to calm and motivate them in their work. It’s a plan that initially works for all involved, though Nat, head hung, becomes painfully aware he’s selling his brother out.

The labor brings dark realizations of brutality and sadistic inhumanity, disturbingly visceral and wince-worthy. A seed takes hold in Nat, as it does in the audience, and along the road, and because of his profitable words, Nat is able to convince Samuel to buy an abused and distraught female slaved named Cherry (Aja Naomi King, who also stars in “How to Get Away with Murder”). The two marry and forge a modicum of happiness that becomes short-lived after Cherry is cornered by a malevolent slave wrangler (a lethal, snake-eyed Jackie Earle Haley).

The trigger for the resurrection however, ultimately comes when Samuel – Hammer is charged with the tough task of being a flawed man as well as a relatively compassionate owner – decides to pound submission out of Nat’s hide. It was their friendship as boys that enabled Nat the rare opportunity to read, write and think freely, something few other slaves were thought capable of or afforded the prospect, and in a poetic twist, it falls lethally back on itself. It’s also at this juncture that Parker, surefooted enough behind the lens and clearly driven by a deep passion, opts for some heavy-handed symbolism and maudlin melodrama that doesn’t feel as organic or earned as what preceded it, or what history and the upcoming act requires.

As the raids on the slave owners unfold, that violence is meted out with surprisingly just efficiency. There’s vengeance to be sure, but not much cruelty, which can’t be said for most owners or the wranglers who relish their acts with peevish, sick glee. The difference between the methods becomes the degree of respect for human life. All told, Nat and his liberated took 60 lives; 200 slaves were executed in response.

The film elevates Nat to a Christ-like post and taps the act as the catalyst to end slavery. It captivated minds across the nation (through slow-moving headlines, to be sure) three decades before John Brown’s beautifully gonzo raid on Harper’s Ferry and the Civil War. It’s an important moment in U.S. history to note, understand and embrace.

Historians are certain to come after the film, as they did with William Styron’s controversial 1967 novel “The Confessions of Nat Turner,” but let’s just remind ourselves these are depictions of our past delivered in art, meant to sway and move. To that regard, the film doesn’t carry the affect or reverberation that Steve McQueen’s immersive and far more nuanced, “12 Years a Slave” did for the ugly face of slavery, but it’s no less important in the dialogue on race and a shameful chapter in our past that deserves revisiting often, especially now.