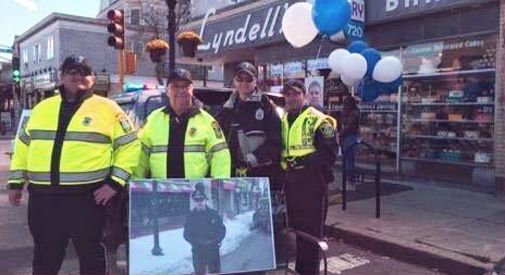 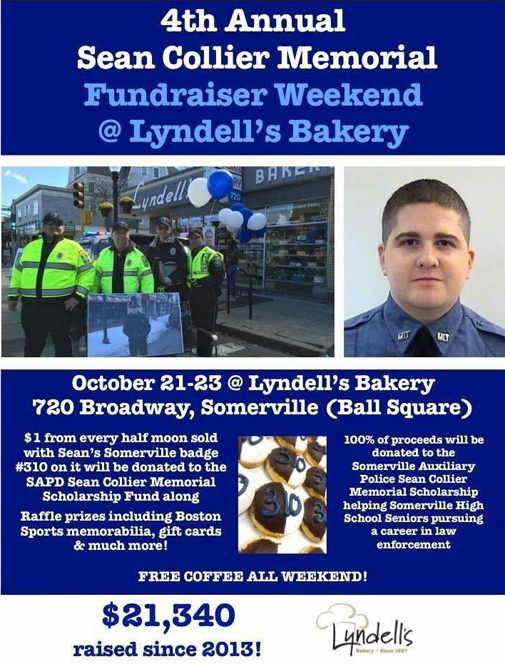 A fundraiser in honor of Sean Collier is back today through Sunday at Lyndell’s Bakery in Ball Square, Somerville.

The 130-year-old bakery plans a weekend sale in which sales of its half-moon cakes – dedicated to Collier and with his expected “310” badge number written on them in icing – go toward the fund. A dollar from every $2 half moon sold will be donated to the fund, said Dave Galatis, of the bakery’s founding family.

“Please come out and help us raise money and honor a local hero,” Galatis has urged on the bakery’s Facebook page. He has also spoken on the community television program “Greater Somerville” with Chief Jerry Carvalho of the Somerville Auxiliary Police Department and host Joe Lynch to talk about the fundraiser:

In addition to the half-moon sales, there will be a weekend-long raffle including autographed sports memorabilia, gift baskets and gift cards from local businesses, with free coffee served throughout, he said.

Collier, at the time a 26-year-old Somerville resident and police officer at the Massachusetts Institute of Technology, was killed April 18, 2013, in the aftermath of the Boston Marathon bombing – two months from a likely Somerville job offer after scoring high on the civil service exam.